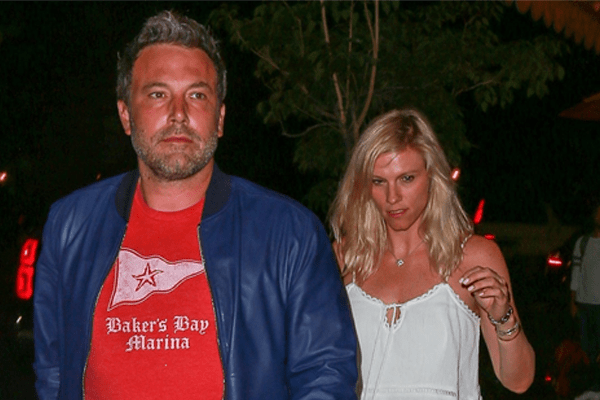 #BenAffleck and #LindsayShookus enjoyed a day of shopping and great food in NYC! https://t.co/tA0aS6zeNk

Ben Affleck and Lindsay Shookus were spotted together roaming at the Big Apple all day long. Ben looked sporty in a red t-shirt and corduroy pants and wore a blue sports coat to top it off. Ben looked a little scruffy with the untrimmed beard.

Lindsay, on the other hand, looked very elegant and classy in her black top and skinny jeans. She sported her nude wedges and looked nice with little to no makeup look. Ben Affleck and Lindsay Shookus took a trip to the high-end department store, Barney in New York. They did some window shopping and the paparazzi caught them looking at some kind of jewelry.

Ben Affleck seemed particularly nice as he took selfies and signed autographs. After their shopping was over, they went on to stay at Ben’s hotel. They had plans to spend the entire day together thus the couple went on to emerge yet again at night hours.

Lindsay looked astonishing in her striped shirt and jean cutoffs while Ben wore the same red shirt and a different blue jacket that made him look chic. The couple was later spotted walking out together from a French-American restaurant, Mas based in New York City’s Greenwich Village.

Ben Affleck and Lindsay Shookus first meeting date back when Ben was on SNL and Lindsay was the producer. It is known through a source that the couple are in a “new relationship” and are taking thing “slow”. The close source also revealed that Lindsay is happy and is in a “good place in her life”.

Ben recently got divorced from his first wife Jennifer Garner in April. Jennifer and Ben got divorced after 10 years of togetherness. More recently, Ben Affleck spent his 45th birthday with his children and his former wife Jennifer.

Ben Affleck and Lindsay Shookus relationship have been going pretty well together at present and we hope that it lasts!