Home / The Bachelor alum Whitney Bischoff is married to her fiancé Ricky Angel: Start of a fresh love life

The Bachelor alum Whitney Bischoff is married to her fiancé Ricky Angel: Start of a fresh love life 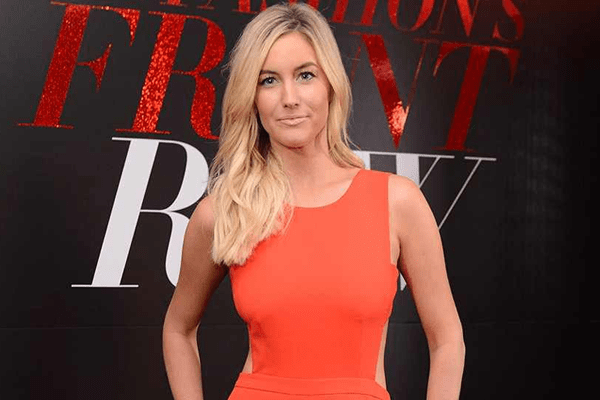 The Bachelor alum Whitney Bischoff is married at 32. She is married to her fiancé Ricky Angel. Whitney Bischoff’s wedding took place at the Wequassett Resort and Golf Club in Cape Cod on Saturday. The couple was dressed beautifully and the wedding was star-studded.

E! News reported that Bischoff wore a custom-designed wedding gown. According to various witnesses at the event, Whitney Bischoff’s wedding took place after 4 p.m. The chairs were said to be lining the aisle and the “weather was perfect and sunny.”

Whitney looked ravishing in, as The Insider shared, “a classic long-form fitted dress with a veil”. Whitney sported a low bun with a side part. While the bride looked lovely, the groom, Ricky was no less. Ricky looked classy in a dark colored suit.

The actual wedding ceremony took roughly 20 minutes. The couple shared some private moments at the end. As per a source, the couple walked n a dock and “toasted with glasses of Rose.”

The reception after the wedding saw everyone inside the room where the guest had a cocktail. The wedding was star-studded with guests like the Bachelor in Paradise’s married couple, Evan Bass and Carly Waddell, and Kaitlyn Bristowe and fiancé Shawn Boothe

Whitney Bischoff had taken part in The Bachelor season 19 and won. Bischoff got engaged to Chris Soules. However, the marriage did not last very long and separated only after two months of engagement.

Whitney Bischoff got engaged to her fiancé Ricky Angel in July 2016. The couple had dated for 10 months before getting engaged. She took to Instagram and shared that “Whitney Angel has a nice ring to it” with a picture of her wearing a diamond ring.

Whitney Angel has a nice ring to it, yall! [email protected]

As revealed by Whitney Bischoff the couple met at the dating site Bumble.

Whitney Angel has a nice ring to it, yall! [email protected]

She shared on her Instagram that he made her laugh and made her feel like she could be herself. She added that they were “just two kids living in the moment”. She has also on several occasions shared about the way the two met. Also, Whitney shared that she texted her friend that she had met the guy she was going to marry after she met Angle on Bumble!