Home / Celebrity News / Baby on the way! Heidi Montag is pregnant with husband!

Baby on the way! Heidi Montag is pregnant with husband! 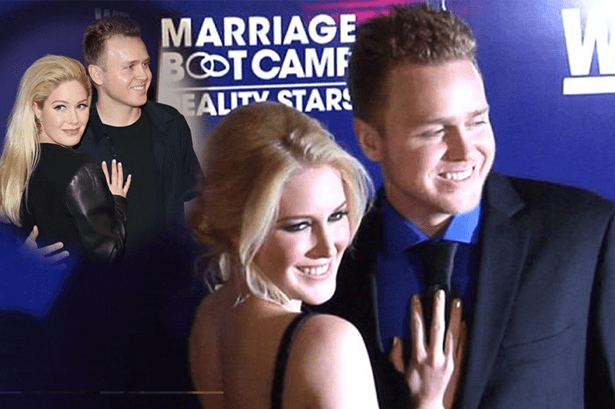 It was US Weekly that announced that Heidi Montag and husband Spencer Pratt are having a baby! Also in the interview, Spencer revealed his reaction to the news of their pregnancy. As per his own world, Spencer Pratt though that it was “way more exciting than banana bread”! Also, Spencer shared that Heidi was glowing and that he thought she was about to reveal that she had made “muffins or banana bread”!

Exclusive: @spencerpratt and @heidipratt are expecting a baby! Hit the link in our bio and pick up the new Us Weekly for details on how they found out and what they’re doing to prep for parenthood ?

Heidi Montag also shared with the US Weekly that she was so happy and elated that she “started crying” and her loving husband, Spencer embraced her! In the interview, Spencer revealed that Heidi has wanted to have children ever since the couple met. Also, Spencer said that Heidi had been planning on having a child.

Talking about the pregnancy, Heidi Montag shared that she was having morning sickness and that she is happy to be so sick! She shared that whenever she feels bad about the sickness she remembers why and then feels “euphoric”.

The couple has been together for 10 years and they mostly deserve this happiness.

Heidi said that she would hope it to be a boy since she’d always wanted a boy first! Thus it shows that she is open to having more children.

Heidi came into the spotlight in 2010 and got wide criticism for the ten plastic surgeries that she had in a single day. Heidi Montag has surgeries including liposuction, nose job, chin shaved, breast enlargements, ears pinned, brow lift, and more.

US weekly also released pictures of Heidi Montag crying joyfully looking at the ultrasound. The couple is expecting the baby this October. The couple is very excited about their pregnancy. We wish the best for the growing family!