Are Beyonce’s twins ready to pop? 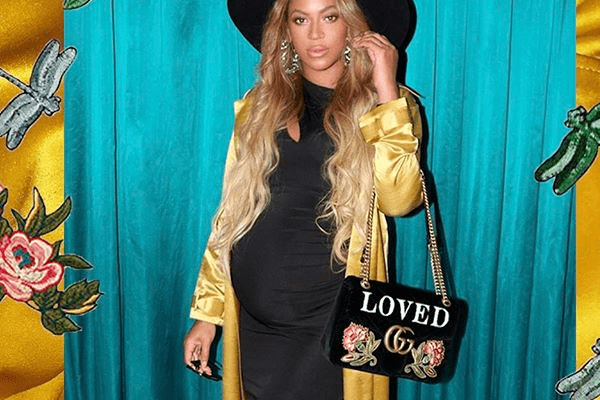 Photo Source: Beyonce Instagram
The time is right around the corner when Beyonce will showcase the word her anticipated soon-to –be born twins! There have been rumors brewing around that Beyonce has gone into labor and the fans were crazy about it! The beehive has been buzzing throughout the social media sites about Beyonce’s soon ending pregnancy. As we know that Beyonce is secretive, this might as well be a secret she wants to keep and surprise us later. Let us spill the beans on Beyonce’s pregnancy!

All the tabloids are watching every move of Beyonce like vultures looking at their prey. In the recent affairs, E! News reported that Jay-Z was spotted at the Los Angeles hospital with Blue Ivy on Thursday afternoon. While he was having a quality time with his five-year-old princess, he was being named the first hip-hop artist to be inducted into the Songwriters Hall of Fame.

Solange Knowles is on the move too!

Beyonce’s sister Solange Knowles was spotted grabbing some lunch with Hubby Alan Ferguson in West Hollywood! She looked relaxed so it gives a hint that since might not be in labor. Without her sister? No way!

Mom Tina Knowles is too busy with the memories of her past!

While we might think that the Knowles family might be gushing about the pregnancy, they look relatively calm and busy in their respective life. This maybe to throw the fans out of the rumors but Tima Knowles posted pictures of her past visit.

To add to the suspicion and mystery, all-black Escalade SUV’s were spotted leaving Jay Z’s and Beyonce’s Los Angeles estate and were known to be heading to the hospital! The shutterbugs certainly don’t want Beyonce to keep secrets!

Rumors about tight security…and a lot of them!

Beyonce is known to be surrounded by security just to keep her private life private and secure. And as revealed by some sources, Queen B is having the hospital floor evacuated! The extent to which this is true? We might know soon!

Strength from her Hairstylist has been flowing in!

Beyonce’s hairstylist has also come around to show his support! Chuck Amos took to Instagram to show love and support to his friend and client Beyonce with a “Hang in there, mama” post! Hang in there? Certainly sounds like Beyonce might need this motivation during her labor!