Anthony Scaramucci and Kimberly Guilfoyle are not in a dating affair 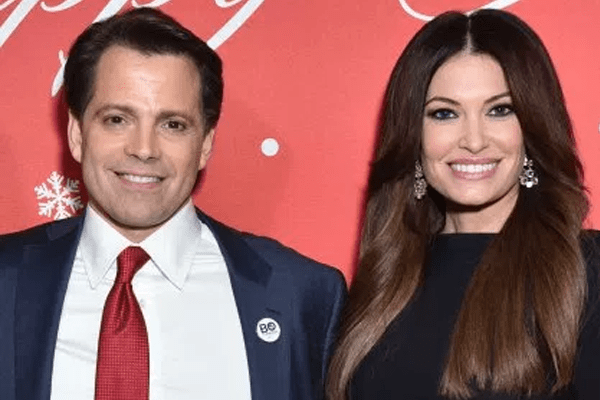 For a long time, there had been significant rumors that Anthony Scaramucci and Kimberly Guilfoyle were in a relationship right after Scaramucci got single. The rumor about their alleged affair had not been accounted to. Recently Anthony Scaramucci denied affair rumors. Let us get into the details of this spicy news!

The former first lady of San Fransisco who has won our hearts with her show in Fox News, Kimberly Guilfoyle has been linked to many men in the past years. However, after Anthony Scaramucci got single, there were rumors that he and Guilfoyle had more than just a friendly relationship.

Since getting fired, Anthony Scaramucci had not been out in the public and stayed away from the media, but it seems now that he is angry by the allegations put against him. Anthony Scaramucci denied affair rumors with Kimberly Guilfoyle in an interview with Huffington Post. In the interview, Anthony was deeply saddened and enraged by the events that unfolded after his career as the White Huse communications director.

In the interview, Anthony Scaramucci denied affair rumors with Kimberly calling her nothing but a “good friend”. He shared that this gossip was fueled by the members of the media. Kimberly and Anthony were spotted together at Fox News Channe’s Chrismas party back in December 2016 which might have been the focal reason of the rumor.

Roger Stone, one of the good friend of Kimberly shared that Anthony was “way too short” for the tall and beautiful, Guilfoyle.

Anthony Scaramucci revealed that the rumor about the affair came as “an attack’ to him and that he was enraged. Anthony also shared that he got mean tweets after the Christmas dinner with a New York reporter ranting about Reince Priebus and Steve Bannon. Scaramucci also got into a huge trouble when he was reported to be pressurizing the reporter to reveal the source of the information.

Anthony also talked about the time when it was reported that he had missed the birth of his baby. He claimed that he was trying to get to his wife after they had a separation. But his wife texted that she “needed space” which is why he could do nothing to get to his new born.

It has now been cleared that Anthony Scaramucci and Kimberly Guilfoyle are not more than just friends are definitely not in a sexual relationship!