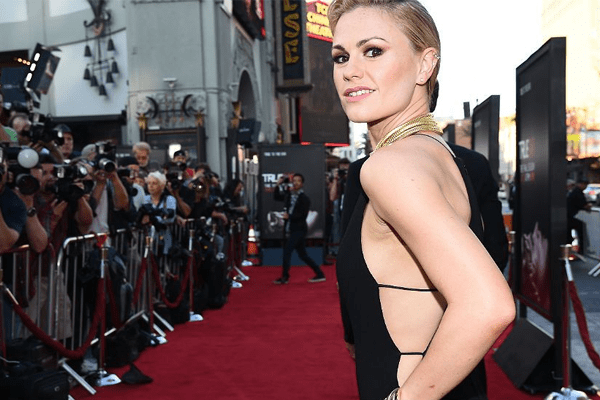 Photo Source: bbc.co.uk
The week has been hilarious and confusing for True Blood star, Anna Paquin. Earlier this week, the people viewing BBC got amazed when they turned on BBC to see the news but instead got to see the hilarious scene of a BBC employee who failed to realize that his monitor was being fully viewed on air while watching Anna Paquin’s sex scene from True Blood. Let us get into the details!

When a BBC employee failed to turn off his monitor who was in full display for millions of viewers to see on air in BBC while watching Anna Paquin’s sex scene from True Blood, Anna was amazed. Although no one really noticed it, it was Anna Paquin who herself saw it and reported it.

When it was noted by Telegraph news, they reported that BBC had accidentally shown the breasts of a woman. The news did not mention what show it was from or whose it was. The news might have reached Anna Paquin who immediately realized that it was hers.

Anna Paquin took to twitter to confirm that the woman’s breast shown was no body’s but hers. Anna in her twitter account retweeted the news by Telegraph and captioned “BBC accidentally shows woman’s breasts during News at Ten” and ended up sharing “MY BREASTS!! SO FUNNY ON SO MANY LEVELS”.

Anna Paquin has been open to nudity on the True Blood and has even spoken about it openly amidst the media. Not only has Anna Paquin been open to her nudity, her husband Stephen Moyer who plays her lover in True Blood has also been supportive of it.

After Anna Paquin shared the post, Stephen went on to reply asking which scene it was since the news had “annoyingly blurred it out”. Stephen’s was of joking about the whole incident shows that the couple has no problem with being the round of discussion and showing off their body. Anna, in turn, replied to her man that it was “fairy land graveyard sex with warlow”!