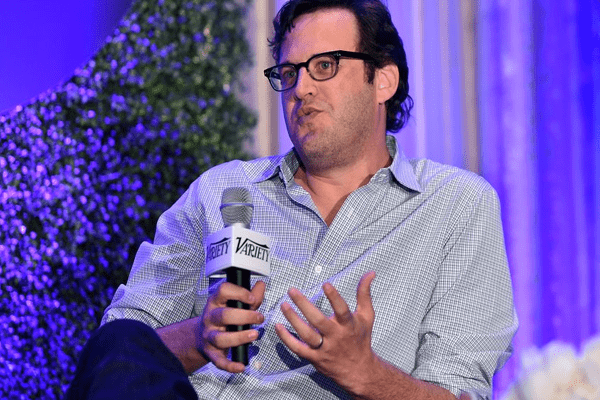 With flooding sexual harassment allegations and cases coming into spotlights against famous celebrities these days, another such case has hit the news headlines. Producer of popular shows, Supergirl and Arrow and the Flash, Andrew Kreisberg has allegations that he has sexually harassed his 19 staffers for years.

Though, Andrew Kreisberg has denied the claims, Warner Bros. Television has suspended him based on the charges.

Warner Bros. TV Group expressed their concern to Variety that they have recently been made aware of allegations of misconduct against Andrew Kreisberg. They have suspended Mr. Kreisberg and are conducting an internal investigation. They take all allegations of misconduct extremely seriously, and are committed to creating a safe working environment for our employees and everyone involved in their productions.

Sarah Schechter and Greg Berlanti  also said that they were recently made aware of some deeply troubling allegations regarding one of our showrunners. They told Variety “We have been encouraging and fully cooperating with the investigation into this by Warner Bros. Nothing is more important to us than the safety and well-being of our cast, crew, writers, producers and any staff. We do not tolerate harassment and are committed to doing everything we can to make an environment that’s safe to work in and safe to speak up about if it isn’t.”

On the other hand, Andrew Kreisberg while answering to questions related with the allegations said that no colleague or anyone working for Warner Bros. Television or production company Berlanti Productions ever told him that he should not make sexually harassing comments to women.

As per the report from Variety, a high level female producer had come across Senior executive at Berlanti Productions and made her concerns clear over Kreisberg’s alleged harassment of female employees.But there was zero response.

However, when approached to sources near to Berlanti Productions said that Berlanti was not made aware of any allegations about Kreisberg’s behavior then, and if he had, he would have directed them to human resources.

Andrew Kreisberg’s 19 staffers include 4 men and 15 women who worked with him. They accused him on the basis of actions like asking female staff members for massages, inappropriate touching, kissing without permission, and making sexually demeaning comments. Many stated that Kreisberg created the working environment that felt toxic and unsafe.

In response, Andrew said to Variety “I have made comments on women’s appearances and clothes in my capacity as an executive producer, but they were not sexualized. I have given someone a kiss on the cheek or a non-sexual hug like I have done with many people.I have proudly mentored both male and female colleagues for many years. But never in what I think that to be an unwanted way and certainly never in a sexual way.”

All the social media sites are flooded with the news along with youtube.

19 sources came forward to talk to me of alleged sexual harassment and inappropriate physical contact from CW showrunner Andrew Kreisberg (of TheFlash, Supergirl, etc). He has been suspended. https://t.co/zLbirn1FEA

19 sources came forward to talk to me of alleged sexual harassment and inappropriate physical contact from CW showrunner Andrew Kreisberg (of TheFlash, Supergirl, etc). He has been suspended. https://t.co/zLbirn1FEA