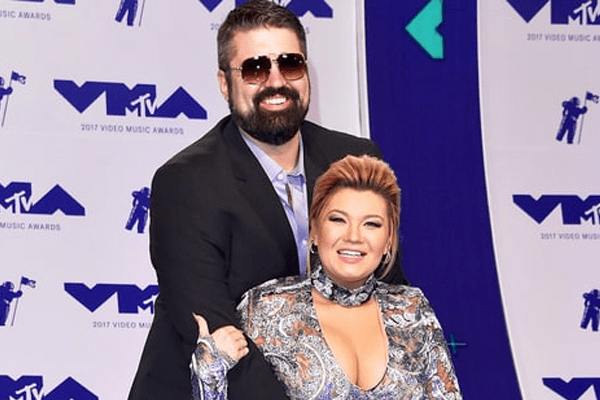 Amber Portwood’s new boyfriend Andrew Glennon made a dashing entrance in the MTV VMAs on Sunday, August 27. Amber and Andrew looked very romantic and chic. The couple seemed perfect for each other as the shared smiles. However, Amber later revealed what was lying under the smile of hers.

Amber Portwood shared that she had been dating her new boyfriend Andrew only for “three weeks”. Amber, 27 shared with US Weekley that since the VMAs was also coming she asked Andrew to tag along! Amber came out clear and revealed to US Weekly that she was a “little nervous” because Andrew had only just recently come to her life and she did not know what he might “expect”. She shared that since she came to the VMAs “to have fun” that’s “what it’s all about” for her.

Amber Portwood met Andrew Glennon while she was filming Marriage Boot Camp with ex-fiancee Matt Baier. Amber Portwood’s new boyfriend Andrew Glennon is a lighting technician. The couple had chit chats while production which eventually turned into something serious. Two weeks after filming wrapped, the two began having a dating affair.

The Teen Mom OG star Amber Portwood broke up with her fiancé Baier in June. She recently revealed that she is taking things slow in this new relationship of hers. She shared she likes to go “downtown Indiana” with her new boyfriend.

She blushingly shared that the two like to “have a good time together”. Amber revealed that at the initial phase of the relationship, “you don’t want to take anything too, too seriously”, however, things have been going well between the two.  Amber states that she has a “very happy” relationship with her new boyfriend. The couple had “wanted to be friends at first” and then eventually things escalated after that!

Portwood has an 8-year-old daughter with her ex-husband Gary Shirley. Gary’s take on Portwood’s new boyfriend is that she “shouldn’t have jumped” into a relationship so soon!