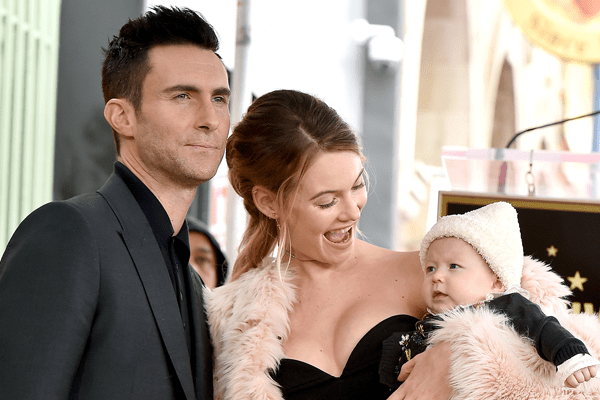 Adam Levine and his wife Behati Prinsloo are proud parents of two daughters now. After their first daughter, Dusty Rose Levine, the duo has recently welcomed their second daughter.

The couple has decided to name the newborn baby Gio Grace Levine. Levine’s representative confirmed the happy news on February 16, 2018.

Victoria’s Secret model Behati had announced on her Instagram in September revealing the growing baby bump writing, “Round 2”

Maroon 5’s frontman Adam had officially announced in Ellen DeGeneres show that they were expecting another child soon. He also revealed the gender of the second child. Adam had given an update on his wife’s second pregnancy stating:

As many fans recall DeGeneres played a vital role in naming the couple’s first daughter. Adam had wanted a perfect name and had texted Ellen for a suggestion and among the five names he chose the perfect one. Dusty Rose Levine, the Adam, and Behati Prinsloo’s first daughter was born in September 2016.