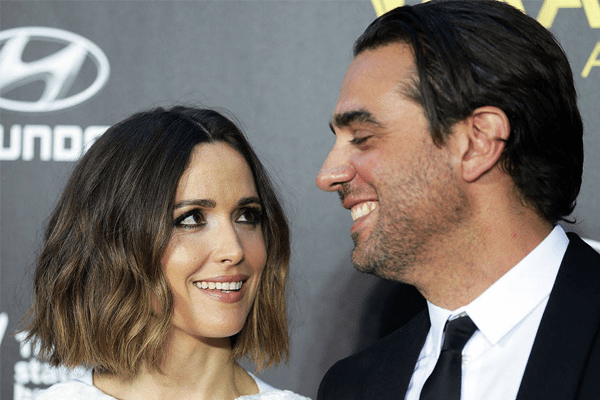 Photo Source: eonline.com
Rose Byrne seems to be at a good place right now since her career is rising up and so is her personal life. Rose Byrne and Bobby Cannavale are happy to announce Rosy Byrne’s pregnancy. The couple are expecting their second child together! Let us get into the details of Rose Byrne’s pregnancy news!

Rose shared with the site that she is “a little tired but feeling good”. She shared that everyone on the set was “very sweet” and that she was getting “a little bit more attention” as she is pregnant. She admitted that it felt “fabulous”.

Rose Byrne’s pregnancy has not stopped her from working hard for her upcoming endeavors. At present, Rose is shooting in England for the upcoming movie Juliet, Naked. Rose looked absolutely bubbly like any other day.

Rose and Bobby have kept their personal life under the wraps for a long time and have not revealed much about their children as well.

The couple eventually came out to the public about their relationship in 2013. Bobby and Rose were spotted together in the 2013 Emmy Award and Bobby also thanked his lady love, Rose in his acceptance speech for the Outstanding Supporting Actor in a Drama Series. Bobby called Rose the “love of my life” on the international stage. This gesture made it clear that the couple was dating.

The couple has not been married till date but their growing family is a proof that the couple is indeed deeply in love.  We are yet to see how Rose and Bobby take their new and growing responsibility as the parents of two!