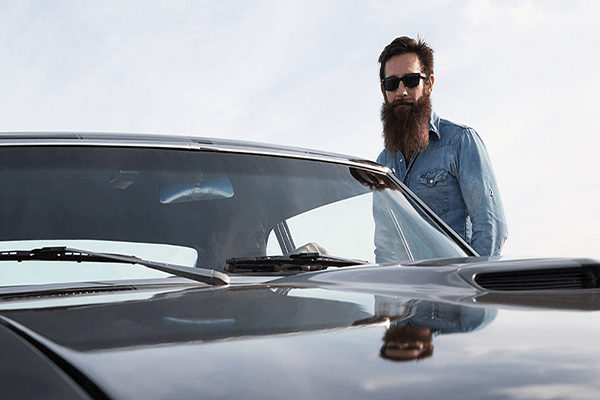 There have been speculations that the bearded man, Aaron Kaufman will soon leave the famous TV show, Fast N’ Loud. Aaron stars the show with his fellow co-star, Richard Rawlings. We have adored the genius auto mechanic engineer and maniacs, haven’t we?  We would be sad to see him go!

Aaron Kaufman is a face and name not many car maniacs would forget. Most of us might have known him from the hit cable TV show, Fast N’ Loud. Aaron is most often regarded a jewel of the show. And yes, he is! It has been 4 years since the premier of the show and we have been accustomed to seeing Aaron display his exceptional skills.

Assumptions were made that Aaron Kaufman might soon leave the show, when he failed to appear in the Dec 8th mega exclusive of Fast N’ Loud. On the day, the show was set to have a super special episode for the ninth season. It even featured the bearded hunk, Kaufman modifying a’ 1963 Ford Econoline’ into a real-life Hot Wheels cars which had our hearts pounding. It was named the ‘Midas Monkey’ and took 2 weeks to be fully made. However what we had all expected was for Aaron to show up to reveal his master piece! What we got was a set without Aaron in it!

Later, Fast N’ Loud went on to reveal that he was absent due to personal reasons! At that statement, the avid car mechanics and audience summarized that Aaron Kaufman indeed left the show. Has Aaron had a dispute between the owners of the Gas Monkey Garage, Richard Rawlings? We can see Rawlings giving Aaron a week or two and petite budget to put cars together. However, Kaufman has always been successful at doing that. It was the same this time as well. Is Aaron tired of it all? We hope not! The audience desperately want him back.

Aaron’s absence from the show has sparked many questions and suspicions. The audience of the super hit show is eager to find out answers. Will Aaron Kaufman return in the show? Is it all a publicity stunt? Or, will we never see him in the show again? We will soon find out. Till then, we hope that Kaufman finds his way back to the sets of Fast N’ Loud!