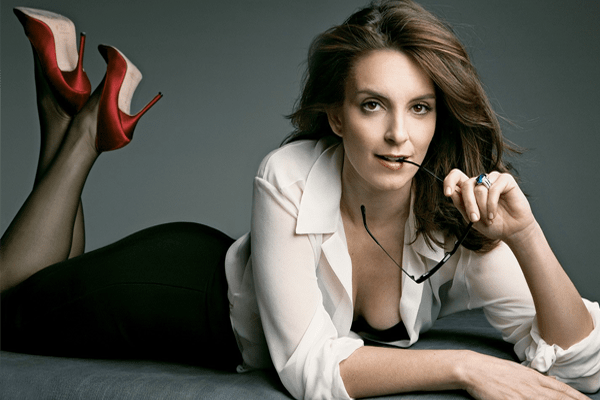 Gender equality has become one of the major issues in the present era and the thought of feminism has taken over almost all sectors at present day. Some actresses raised the issue about pay gap in Hollywood arena which instantly became viral in the following years. Here are some the Hollywood actresses grossing more than their male co-stars!

The funny and charming Tina Fey definitely owns a spot in our list of Hollywood actresses grossing more than their male co-stars because of her undeniable great work. She has the acting skills that very fewer actors and actresses have. Go watch her in Mean Girls, and 30 Rock. Tina is known to have a net worth o $ 45 million!

The hot and funny, Sandra Bullock has shown enough acting skills through her role in Gravity! With a net worth of $ 200 million, she has been climbing the head of her various male co-stars and moving ahead in the ladder of success because she totally deserves it! Bullock is keeping up to the reputation of her voice coach and German Opera singer father and mother!

Tina Turner defied all odds through her skillful singing and also her acting. Despite coming from black ethnicity and being a female, she went on to garner even more appreciation and recognition for her work than her male co-stars. Her performance in Mad Max Thunderstorm perfectly describes her acting skills which have caused her to amass a net worth of $ 200 million.

From being a female to coming from brown ethnicity and having social restrictions and thoughts about women, Deepika Padukone has defied all odds against her. She is one of the highest earning actresses in the Indian cinema as well as in Hollywood. She has flourished beautifully from Bollywood movies and is emerging gigantically as a Hollywood actress grossing more than their male co-stars with a net worth of $ 7 million.

She might have been a “Girl Interrupted” in her process of becoming an actress, but she has now managed to be one of the strongest female lead characters. While Angelina Jolie’s male co-stars have been struggling to keep up their charm in the Hollywood arena, Jolie is leading with $7 million to $ 15 million per movie that she plays in which makes her grand net worth $ 160 million.

Known best for her Pirates of the Caribbean character, Keira has taken herself a long way towards achieving one of the highest positions in the Hollywood arena. She is known to have a net worth of $ 4.1 million from her work in super hit movies thus making her an eligible candidate in the list of Hollywood actresses grossing more than their male co-stars.

JLaw is one of those newcomers who shook the Hollywood’s perception of the pay gap. She challenged producers and directors by raising the issue of gender inequality in work field. JLaw with her phenomenal performance in female led movies like Hunger Games has proven that she in fact deserves to earn more than her male co-stars. JLaw has thus managed to amass a net worth of $ 110 million over the short span that she has come into the limelight in the Hollywood arena.

Who could be possibly wealthier and famous than Oprah Winfrey? Oprah Winfrey falls among the list of Hollywood actresses grossing more than their male co-stars because she is not only an actress, but a host, and the owner of her own network under her name. She is a megastar in the Hollywood arena and also is the first black billionaire woman. To work with billions is not an easy task but Winfrey has managed it all! Oprah is known to be juggling with her huge net worth of 2.9 billion dollars which she has amassed over the years.

Ann Hathaway became the apple of everyone’s eyes with her role in Princess Diaries and has since been ruling the Hollywood arena. She has given us back to back hits such as Les Miserables, Love & Other Drugs and more. Anne earns way more than her husband Adam Shulman who is also an actor. Her addicting performance is a proof that she is one of the Hollywood actresses grossing more than their male co-stars with a huge net worth of $ 35 million.