Home / Entertainment / Here Are Naomi Scott’s Amazing Looks As Princess Jasmine in Aladdin Remake To be Released in May 24, 2019

Here Are Naomi Scott’s Amazing Looks As Princess Jasmine in Aladdin Remake To be Released in May 24, 2019 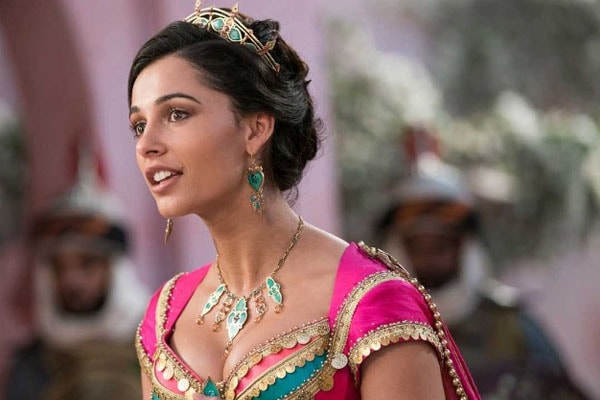 Aladdin is a thrilling and vibrant live-action adaptation of Disney’s animated classic, Aladdin ( 1992). The exciting fantasy is starring Naomi Scott as the lovely and self-determined Princess Jasmine.

A post shared by Entertainment Weekly (@entertainmentweekly) on Dec 19, 2018 at 4:44am PST

The Terra Nova actress is portraying the Arabic-Indian look in the movie. She has a royal look which we can relate to Disney’s animated film Aladdin’s look. Jasmine’s look perfectly portrays the culture of the fictional city of Agrabah, placed near the Jordan River as well.

In the movie trailer of Aladdin, Naomi Scott as Jasmine is wearing a pink dress. It has a heavy and rich embroidery with a long train. We also get a glimpse of the mesmerizing princess confidently walking down the stairs. Jasmine is walking alongside Rajah the adorable tiger. 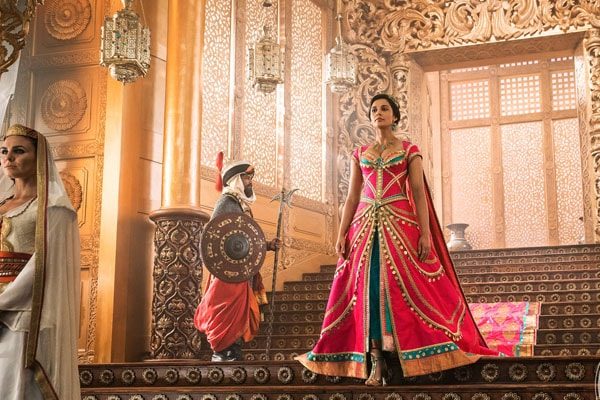 Jasmine is giving her hand to Aladdin in her signature blue dress in the trailer. It is the scene where Aladdin dresses up as a Prince with the help of the Genie.

Aladdin, in disguise,  takes Jasmine on a ride in the Magic Carpet. The colors, spectacles, as well as the music, is the rush of adrenaline.

Walt Disney Pictures’ Aladdin is the adventurous tale of the charming street boy Aladdin. It is also about a mesmerizing and courageous Princess Jasmine and the Genie who is the couple’s only hope. 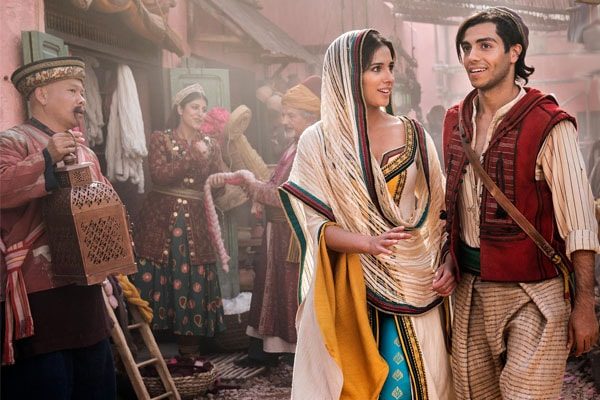 Naomi Scott talked about putting her spin on the iconic Disney character. She said that at the beginning Jasmine’s primary objective is to protect her people and to do right for them. 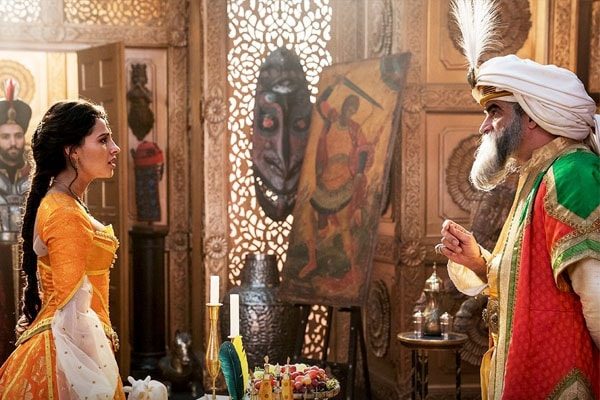 Jasmine and The Sultan in the movie Aladdin. However, Jasmine seems more confident than before. Image Source: IMDb.

However, Jasmine does not know what she wants in the beginning. Scott says that Jasmine goes from asking what she wants to achieve it. She displays that she is a leader.

The director of Aladdin, Guy Ritchie claimed that Jasmine’s character is more courageous and strong. He also said that Jasmine is a feminist and reflective of the present-day ideas in the movie. 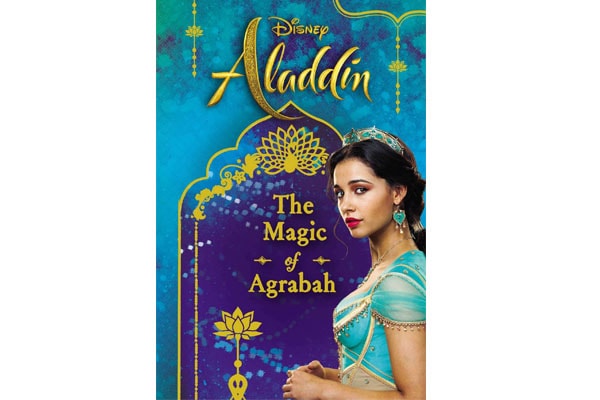 He concluded by explaining that she a more rounded character rather than a stereotype of the time. The brilliant director Guy Ritchie brings his singular flair for fast-paced, visceral action to the fictitious port city of Agrabah.

Guy Ritchie, John August, Ron Clements, Ted Elliott, John Musker, and Terry Rossio have the screenplay credit. The director of the movie is Guy Ritchie, and the producers are Dan Lin and Jonathan Eirich. The film will be releasing on May 24, 2019, in the USA.