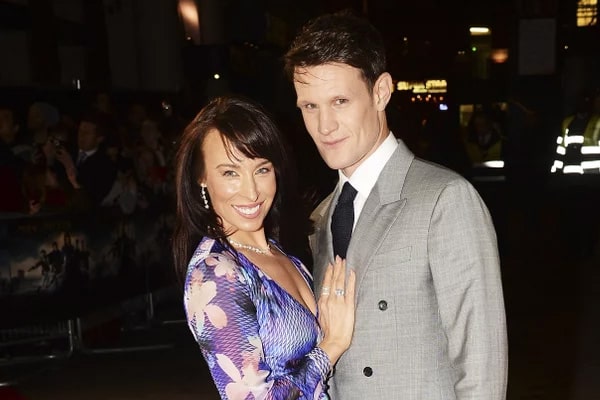 Siblings are annoying, they irritate, fight, and, most importantly, they love. Siblings literally have a love-hate relationship, and they are also the reason behind the success.

Doctor Who star, Matt Smith might have the same bond with his sister, Laura Jayne Smith. They share a wonderful relationship as they grew older.

Let’s learn more about this beautiful woman and what is the reason Matt is very thankful to his sister.

Laura Jayne Smith is an actress and a cabaret dancer. Born in 1981, Laura was always bubbly and girly. More to that, she was interested in glamour, dance, and art. However, Laura is exclusively known as Matt Smith’s sister.

Moreover, Laura Smith is known for her role in Beyond the Sea, Keith Lemon’s Fit, and Call on me. Along with acting, she is also involved in dancing. When she was young, she performed dance shows at her parent’s home at Northampton and made her brother go around the neighborhood selling the tickets. 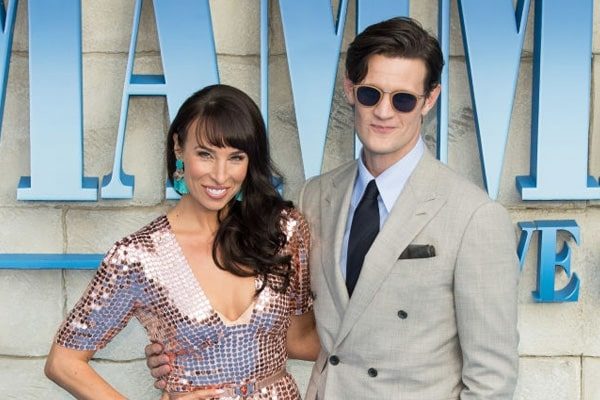 Laura Jayne Smith and her brother Matt Smith are always encouraging one another to do better. Image Source: Getty Images.

Further, Laura is the director of The Girly Show, a cabaret group which she started in 2008.  The adventurous woman is all about blooms, rainbows, and blues. She also loves to travel a lot and has got affection for nature.

Of course! Who’d let this groovy woman slip away once in hand? James Farmer did not take a chance and promised her forever in the summer of 2016. Matt Smith’s sister Laura is madly in love with her husband and shares a lot of time together vacationing.

The marriage took place in Italy for five days. It was the 80s themed pool party with pink flamingos all over. Laura’s brother Matt Smith attended the marriage ceremony along with his former girlfriend, Lily James. Matt and Lily got separated after dating for almost five years.

In addition, Laura posted about her wedding venue, Lake Como, to be her happy place.

Moreover, the gorgeous woman is the mother of an adorable baby girl whom she gave birth in May 2019. The healthy couple, Laura and James, decided to bring a little Farmer after three years of marriage. Additionally, the little bundle of joy is the cutest little human and named her Arabella Rose Farmer. Perfecto! 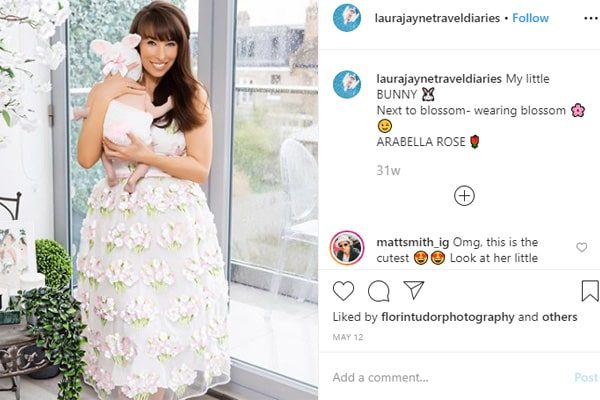 The little tattering must be fun, and the little feet must be exploring the world. Hopefully, Laura’s kid grows up to be as good as her mother, as talented as her family members, and enjoy fame like her mother and uncle Matt.

Reason To Be Thankful For Matt’s Sister

Laura Jayne Smith is an amazing dancer and director of an entertainment company, The Girly Show. Surprisingly, she’s been dancing her entire life and is somewhat responsible for her brother coming in the acting world. Because she encouraged Matt Smith to ride on the highway to stardom.

Aforementioned, Laura was always interested in glamour while her brother was interested in games like chess and football. Matter of fact, his intention was to play in the Premier League. Sadly, they all crashed when he had a back injury at the age of 16. 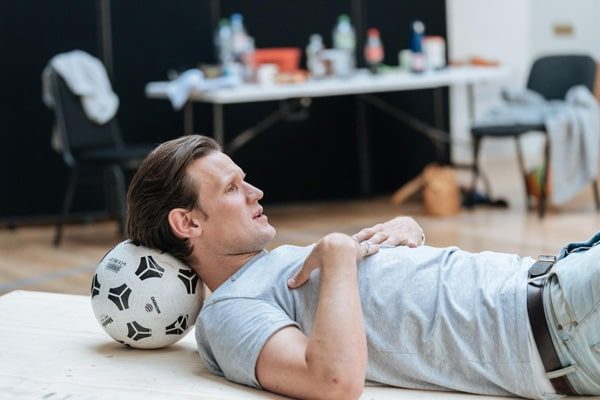 Matt Smith could not continue his dream of becoming a footballer because of injury. Image Source: Evening Standard.

Later, Laura landed in a role in the West-End production of Saturday Night Fever at the age of 18. According to DailyMail, Matt visited the site more than 57 times, and she thought it was more than the passing interest and willingness to see his sister perform. Thus, she took him into the movie industry.

Let’s hope she continues to win the world, lives in luxury, raises her child, and is always loved by friends and families.