Jillian Michaels Partner Heidi Rhoades was proposed to marry in 2016 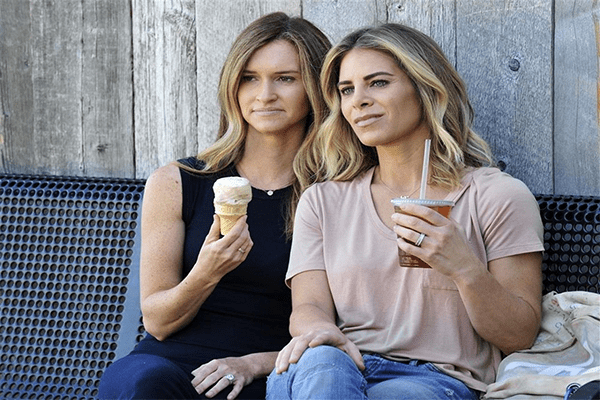 Love was in the air when the fitness guru Jillian Michael proposed her longtime partner Heidi Rhoades on 8th March 2016, in the finale of her reality show Just Jillian. Jillian admitted that she is lesbian in 2010.

It was a jaw-dropping moment for Jillian’s fan although they were familiar with Jillian’s truth of her sexuality. Jillian made an emotional proposal video for Heidi and made her watch with her. Right after the video was completed, Jillian got down on her knee and proposed Heidi with a beautiful diamond ring.

Jillian said she is as**hole but she wants to continue her life with Heidi, as Heidi is perfect for her.

The whole crowd along with their children made a huge applause for the couple and congratulate them.

Jillian has always wanted to have her own family. Her partner Heidi came to her life and made her dream come true by giving birth to a baby boy named Phoenix Michaels Rhoades on 3rd May 2012. On the 4th day of Phoenix birth, Jillian rushed to adopt her daughter Lukensia Michaels Rhoades from Haiti.

In one interview, Jillian said that their relationship happened to intersect with her desire to be a parent, and Heidi was supportive.

She said to People, It’s not easy to be a mother when you have a child. Jillian quit her show The Biggest Loser in order to be a mother.

Born on 18th February 1974, Jillian Michael is an American fitness trainer. She is fitness guru well recognized for her appearance in the reality show The Biggest Loser and Losing it with Jillian.

Jillian has shared a lot of tips and videos on weight loss. She is also part of the television show The doctor. Jillian Michaels stands with an impressive Net Worth of $10 million.

Jillian Michaels partner Heidi is talent manager, she was in a relationship with Jillian since 2009. After they admitted they were bisexual they were no afraid to together. Both are enjoying their married life. They were spotted going outing with their small family of four in LA. 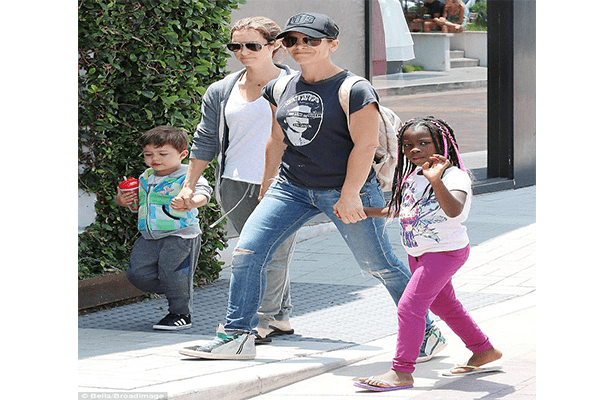 Jillian Michaels and Heidi were spotted in LA with their children
Image source: Daily Mail