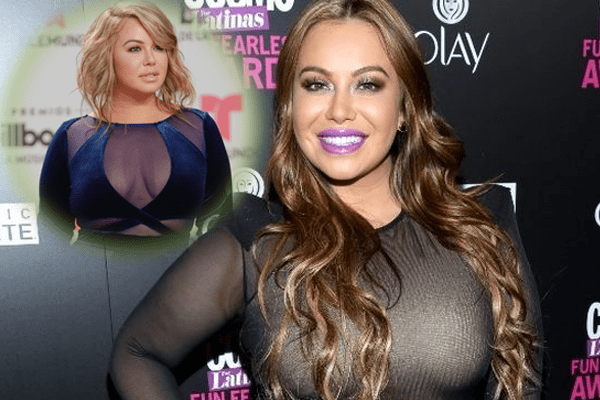 Is Chiquis Rivera in a dating affair with her boyfriend?

Chiquis Rivera has had a turbulent personal life but things seem to be going great at present for this Mexican singer. Chiquis Rivera is rumored to be in a relationship with boyfriend Lorenzo Mendez. Lorenz is known to be a singer as well.

Apart from being seen frequently out in the public, Rivera and Mendez have also been adding a ton of pictures and posts about each other in their respective social media accounts. The start of the public announcement of their relationship began of course in their Instagram accounts. Lorenzo shared a picture of Rivera being gently brushed in the cheeks by his lips. The adorable picture was captioned “Two crazy people with the same dream”. Furthermore was written “Loving each other with the same passion” thus showing to the world that the two were officially a couple!

However, even after months of the brewed and served rumor, Lorenzo Mendez shared that there was “nothing to tell yet” since they were “still friends” and that they will “speak directly to the media” in such an event of it ever happening! Not only has Mendez shared pictures of them, Chiquis Rivera has also posted a snap of them in her Instagram post.

Rivera was previously in a relationship with Angel Del Villar but they called off the 4-year-old relationship for unknown reasons.

Her allegedly tainted relationship with stepfather

Chiquis Rivera has swirled into a lot of controversies when Rivera’s aunt Rosie Rivera revealed that Chiquis had been molested and sexually assaulted as a child by her stepfather, Jose Trinidad Marin. After an investigation, Jose was sentenced to above 31 years in prison without parole after 6 out of 9 charges were proved.

As many cases of molestation go, Chiquis Rivera’s mother Jennie Rivera doubted her daughter and did not believe her but was shocked to find a footage that revealed otherwise. In her memoir, Chiquis Rivera wrote in the memory of her dead mother who had died in a plane crash that she had forgiven her and had learned from her!