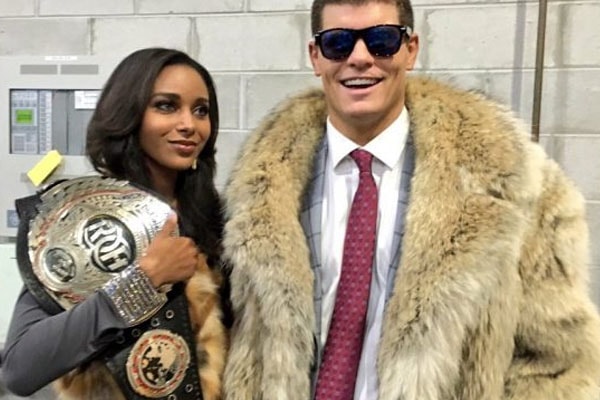 The second generation wrestling star, Cody Rhode is married to his beautiful wrestler wife, Brandi Reed since September 2013. The adorable pair met and started dating when Cody worked for the WWE and have been thriving since. Cody has an estimated Net Worth of $4 million.

Cody Rhodes and his beloved wife, Brandi Rhodes are professional American wrestlers and have been together since 2013. Despite being together for so long, the pair shares the same love and compassion for one another. The duo shares a blissful married life with more happiness for children to be added. 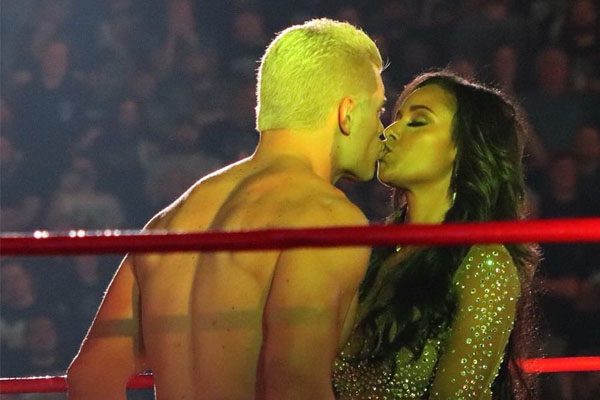 The professional wrestlers, Cody and Brandi walked down the aisle in 2013. Image source: Brandi Reed/Instagram

The relationship between the lovebirds flourished when Cody and Brandi left WWE to travel the world together. However, the couple kept their relationship private and exchanged the vows in a secret ceremony in September 2013 in Atlanta.

Despite their long relationship, the wrestling power couple shares an amazing bond together and have immense love for one another. Recently, on their 5th anniversary, NWA World Heavyweight Champion, Rhodes paid tribute to his wife, Brandi Rhodes.

You’re the most beautiful woman in the world, and you’re a fierce friend. Every mile with you a memory. I fall in love with you like it’s the first time everyday. pic.twitter.com/XakCl9pqxc

Cody and his stunning wife, Brandi went through pregnancy rumors in late 2016. The rumor started when Brandi posted a picture of her with her husband with Cody’s hands on her belly. The picture swirled on the Internet with the fake pregnancy rumor. However, Reed clarified the rumor with another post on her Instagram stating the upcoming baby rumors to be false. 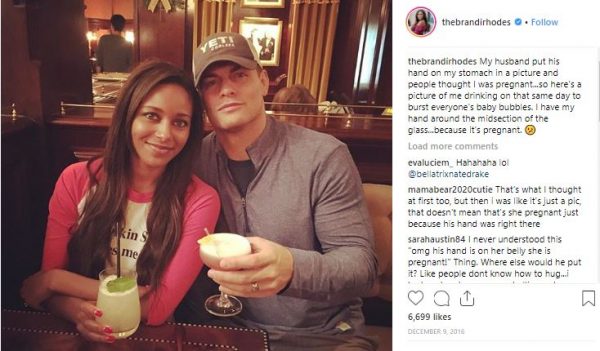 The professional wrestlers, Cody and Brandi live a lavish lifestyle. The pair shares a luxurious mansion in Florida worth around $2 million.

The 34-year-old Brandi and Cody Rhodes are taking a time off from their wrestling career. The American Nightmare, Cody announced the news after being defeated by IWGP Heavyweight Champion, Kenny Omega. 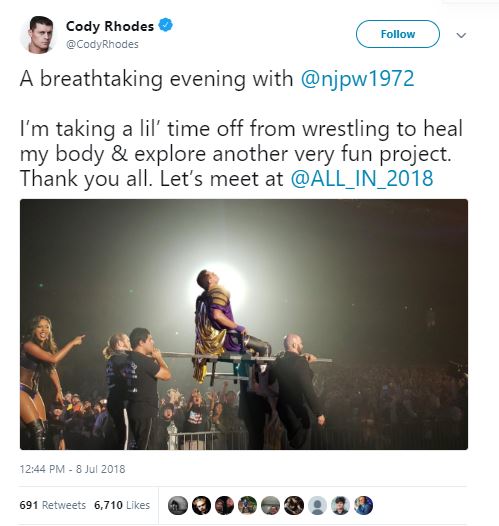 Cody Rhodes taking a break from his profession as a wrestler.
Image source: Cody Rhodes/Twitter

The heavyweight wrestler, Cody has not specified the “fun project”. However, according to his wife, the recent business endeavor of Cody turned out to be a television show, Arrow.

The wonderful pair, Cody and Brandi try to keep their personal life as discreet as possible. However, it is undeniable that the lovebirds share an immense love and are head over heels for one another. Despite having an extremely busy career, the pair manages time for one another and are often spotted enjoying in each others’ company.