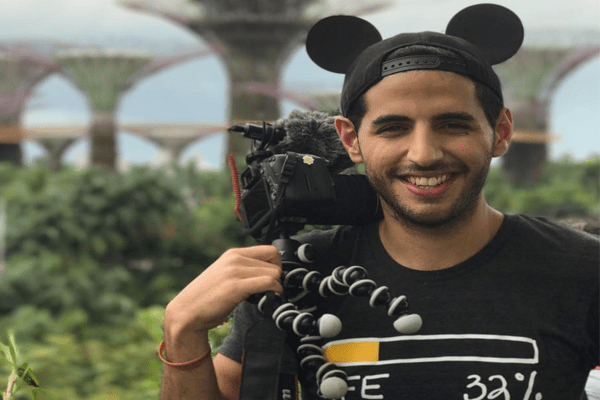 Nas Daily aka Nuseir Yassin is a known face of Facebook after he started publishing one-minute videos. The short content creator was born on February 9, 1992, in Arraba, Israel. He usually makes a one-minute video related to his own life and those who he meets on his travel worldwide.

Nas who creates short one-minute informational videos had done his graduation from Harvard University in economics and computer science in 2014. He worked as a software engineer for PayPal and Venmo for some time and as a freelance iOS developer before starting his Vlogging career.

Nas aka Nuseir's net worth might be over $100k as per the record of 2018 and he spends the maximum of his earning by traveling around the world and making short one-minute videos.

Nas left his job as a software engineer from which he used to get $120,000 salary for traveling around the world and making videos. The handsome facebook star had saved $60k before leaving his job which he used to buy expensive camera equipment and a drone.

Hello from the bottom of Africa!

Nas also sells themed t-shirts including % Life in it which help him to add some amount in his net worth. Nas himself is seen in a 34% LIFE t-shirt as he thinks he has lived almost 3 decades of his life.

Despite overpaid job in Venmo, Nas wasn't satisfied with his cushy desk job which made him buy a camera with his savings and decided to travel the world full-time.

Nas adopted an alias "Nas" which means People in Arabic and opened a facebook page Nas Daily and thought of documenting every moment of his travel diaries which later made him facebook star of the one-minute video.

Nas is soon to be developing an app named Nas Daily which will help people to create and discover videos as he has already worked in workshops and teaching people how to make videos.

Vlogger Nas, who has currently over 6 million followers on his facebook, was born as a middle child of four in an Israeli-Palestinian middle-class family whose mother was a teacher and father was a Psychologist. 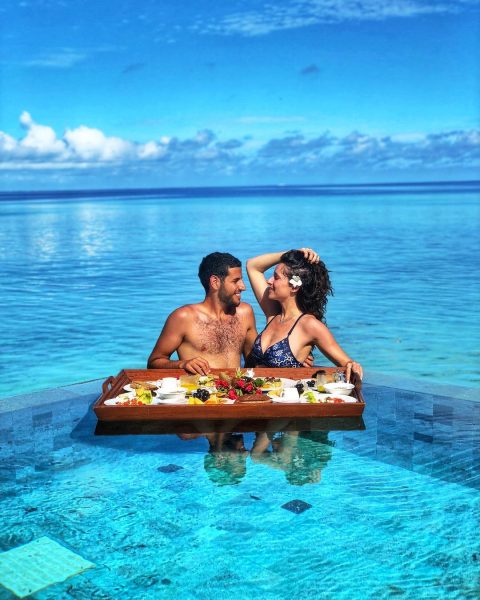 Nas Daily with his girlfriend Alysa enjoying at the Maldives.
Image Credit: Instagram/NasDaily

The couple travels along with each other around the world. We can see the chemistry between Nas and his girlfriend Alysa in Nas' Instagram as well as in some of his one-minute videos.

Nas had begun his travel diaries around the world out of his boring office days for 1000 days. His Facebook page has led him to more than 25 countries around the world. Till now he has been to the Philippines from Israel, New York, Madagascar, Nepal, Thailand and many other countries.

Nas Daily is enjoying his youth traveling around the world and gaining popularity along with money. Lucky guy!