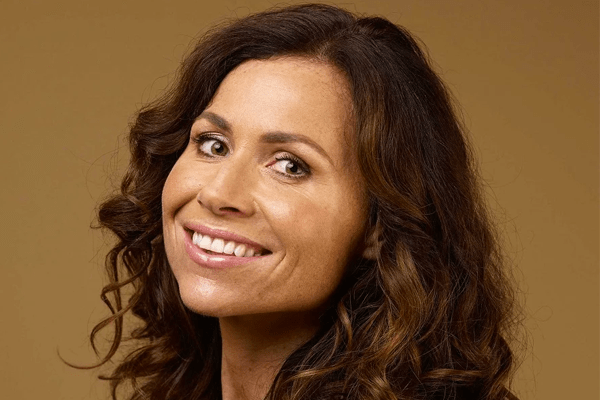 Minnie Driver is an English Actress having her last appearance in the film The Crash (2017) as Shannon Clifton. Currently, she is conducting a lead role in the television show Speechless (2016-present). Besides, Minnie is also a Singer and Songwriter by her professional. To date, she released three albums along with two singles from her first album. Minnie Driver movies and film career is reaching the height as a result of good feedback from the viewers. Scroll down to have a full bio.

What are the highlights of Minnie Driver Personal and Professional career?

Minnie Driver, born on 31 January 1970, is the daughter of the bravest father. Her father was the Front Gunner in bombers in World War II. He was awarded DFM for saving the life of crew while they were shot and crashed into the sea.

Her first album is Everything I’ve Got in My Pocket (2004). Likewise, Seastories (2007) and Ask Me to Dance (2014) are Driver’s third and fourth album respectively.

“Invisible Girl” and “Everything I’ve Got in My Pocket” is Minnie’s Single.

Minnie Driver was named as Amelia Fiona Driver during her birth on 31 January 1970 in Marylebone, London, England. Her father Ronnie Driver (1921-2009) was a Financial Adviser and Businessperson. Similarly, her mother Gaynor Churchward is a model and Professional Stylist. Minnie Driver has an older sister named Kate Driver, film producer.

Her parents separated after 13 years of togetherness when Minnie was six. Minnie’s parents were never married. Minnie came to know about this when she was 12 years old.

Minnie later came to know that her father who was dead by then had a big secret. He was already married to another woman when he met her mother.

She met her father’s secret family and revealed the truth in front of everyone in Minnie’s episode of Who Do You Think You Are, originally broadcasted in the UK in August 2013. She said she did so for the sake of her son, Henry. She wanted to answer him every questions he might have.

She said that she even didn’t know her grandparents.

In the midst of all this, she came to know that her father who was medalled for his bravery in World War II had actually thrown the medal away in Thames.

She has two half-brothers Charlie Driver (father’s side) and Edward Churchward (mother’s side).

Firstly, Minnie landed the entertainment industry in 1991 through the TV advertisement for Right Guard deodorant.

Then she made her stage performance as a Jazz vocalist and guitarist. Successively, she appeared in numerous roles in the TV shows/series and films. An increment in Minnie Driver movies, TV series led her to the height of success.

Though she landed the film industry in 1992 in The Zebra Man (1992), she received popularity from her 2nd appearance Circle of Friends (1995).

She also has an appearance in the documentary titled Unity (2015).

Minnie Driver movie The Wilde Weeding is her post-production.

In 2001, she signed with Rounder Records EMI and Rounder Records. During the year she performed at SXSW music festival. Ultimately, she appeared as a professional singer.

Minnie released her title song for the album “Everything I’ve Got in My Pocket” in 2004.

The single led her to the most significant success. It ranked at 34th position in the United Kingdom. Similarly, her second Single Invisible Girl also remained at 68th place.

In April 2001, Minnie Driver announced her engagement to boyfriend Josh Brolin. But after few months, she had broken up with Josh Brolin (October 2001).

She also cited “Brolin’s step-mother constant practices of taking charge of her wedding” as the reason for their separation.

In 2008, Driver announced her first pregnancy in The Tonight Show with Jay Leno. And she gave birth to a child named Henry Story Driver on 5 September 2008 with Timothy J. Lea. The couple dated one another for a short duration. Nothing more is available in the internet sources to date.

As per the latest record, Minnie Driver Net worth is $20 million. Minnie Driver movies, her album, her professional career has really paid her well.

Minnie Driver is currently at age 47. But she looks younger than her age.

Minnie has an average height of 5 Feet 10 Inch matching her body weight 141 lbs.

She belongs to white ethnicity.

She has a slim figure along with Freckles on her body.

If you desire to watch Minnie Driver movies, you could visit YouTube.

Best convo of the last 5 yrs:I explained to my son that his friend's Mum had become a man: "You can do that?""Yes""Then I wanna be a dragon"