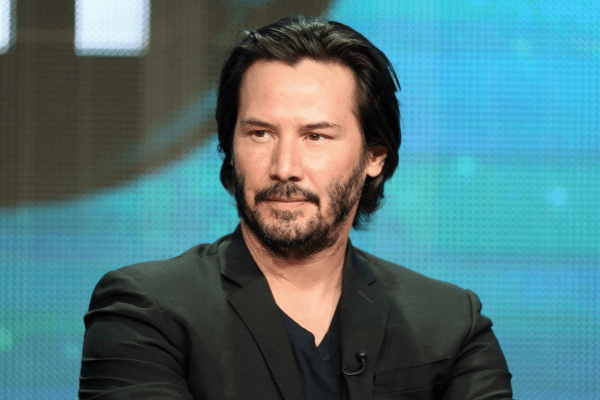 Keanu Reeves is a Canadian actor, director, producer, and musician. However, he is best now for his acting career. He has been active since 1984 and he still is active in the industry. The actor has had some serious ups and downs in his personal life.

Keanu Reeves was born on September 2, 1964, in Beirut, Lebanon. He was born to father Samuel Nowlin Reeves, Jr. who is a Geologist by profession and mother Patricia Bond Taylor who is a Costume designer by profession. Keanu Reeves has got three beautiful sisters namely Kim Reeves, Emma Reeves and Karina Miller. For the further information, Karina Miller is a film producer and Kim Reeves is an actress.

Keanu Reeves is a successful actor but he also had an ordinary childhood. Actually, his parents got divorced in 1966 and Reeves moved around the world frequently as a child and lived with various stepfathers. When Reeves reached at the age of 15, he started working as a production assistant on Paul Aaron’s films who is his step dad and a Broadway and Hollywood director by profession. He had to move here and there but to be clear; Reeves and his sisters grew up primarily in the Yorkville neighborhood of Toronto, Ontario.

Reeves attended four high schools within the five years of time. One of them was the Etobicoke School of the Arts. He was expelled from there. The actor excelled in sports rather than studies and academics. The actor was able to become a successful ice hockey goalie at one of his high schools (De La Salle College “Oaklands”). He does not have a high school diploma.

The major successes of Keanu Reeves movies are enough to portray the success in Keanu Reeves career. Keanu Reeves career, the early ones could be traced back to 1980s. Reeves began his acting career at the very age of nine. He appeared in a theater production of Damn Yankees. He played in a stage production of Romeo and Juliet at the Leah Posluns Theatre when he was fifteen. He got involved in some minor roles after which he received one major role in the 1986 drama film River’s Edge.

Reeves started to become popular in the 1990s. He started to appear in some high budget movies like Point Break. For this, he won MTV’s “Most Desirable Male” award in 1992. In 1994, Reeves career started to raise at a high pace as Keanu Reeves movies were something much-demanded ones.  He starred in the action film Speed. Then he continued having success. One of the remarkably hit Keanu Reeves is The Matrix which came out in 1999 and is a science fiction-action hit. The movie was a box office success. Some of the successful Keanu Reeves movies include Bill and Ted franchise (1989–1991); action thrillers Point Break (1991), Speed (1994).

Other includes the John Wick franchise; psychological thriller The Devil’s Advocate (1997); supernatural thriller Constantine (2005); and science fiction/action series The Matrix (1999–2003). There are much more. Apart from acting, during the starting phase of 2008, Reeves began pre-production on his directorial debut, Man of Tai Chi which was premiered in 2013 and was able to get many positive reviews and acknowledgments.

Going into Keanu Reeves personal life, Keanu Reeves personal life has got some major ups and downs. In 2000, he was dating Jennifer Syme and in January 2000, she gave birth eight months into her pregnancy to Ava Archer Syme-Reeves, who was stillborn. The strain in the relationship led to the break-up after several weeks. On April 2002, Syme got into a severe accident, she died on the spot. Reeves has the reputation of being humble, sweet and kind despite being successful and rich. Reeves has been described as an atheist and as having an interest in Buddhism.

Reeves has earned many awards and achievements. Some of them are Teen Choice Award for Choice Movie: Liplock, Bambi – Best International Actor, Blockbuster Entertainment Award for Favorite Actor – Action/Science Fiction. He is active is social media. His twitter account is active and anyone can follow him without any hesitation.