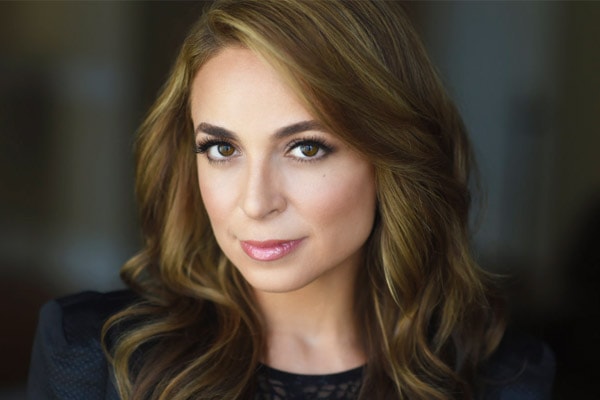 Jedediah Louisa Bila aka Jedediah Bila is an American television host, columnist, and an author. Bila is famous for her role as a co-host of the ABC network’s talk show ‘The View‘. She is also a contributor of the Fox New’s shows Red Eye and Outnumbered. Jedediah Bila’s Net worth is estimated to $1 million.

Jedediah Bila was born on 29th January 1979 in Staten Island, New York, USA. The Italian heritage Jedediah attended All Girls Catholic High School. She graduated Bachelors of Arts in Spanish and Minor in Business Administration from Wagner College. Later, Bila did her M.A. in Spanish Literature from Columbia University. Also, she secured her Ph. D fellowship from the same University.

Jedediah Bila’s Net Worth and Earnings

Two times Emmy nominated TV host Jedediah Bila’s Net worth is estimated to $1 million. Bila amassed million dollars to her net value from her career as a college professor, TV and radio host, author, and a columnist.

Before gaining fame as a TV host, Jedediah used to earn some money as a professor at her former college along with other middle schools, and high schools. Also, Jedediah served as a marketing associate at an insurance company. Similarly, Bila accumulated some dollars on her bank account working as a restaurant manager and waitress.

Multi-talented Jedediah Bila’s Net worth credit goes to her other professions as well. Bila wrote for various college literary magazines and blogs. She published a series of journals entries into a book named ‘Outnumbered: Chronicles of a Manhattan Conservative‘ in 2011. Bila also published a book titled ‘#DoNotDisturb: How I Ghosted My Cell Phone to Take Back My Life‘ in October 2018.

A recurring guest co-host of The Five and Fox and Friends, Jedediah Bila grew up in an Italian and Sicilian descent family. Her father worked for a small stamp and coin business. Bila’s mother taught acting classes to the community children.

Jedediah Bila is in a marital relationship with Jeremy Scher. Bila announced her engagement with boyfriend Jeremy Scher on 12th June 2017 in ABC’s talk show ‘The View.’ Later on 17th February 2018, Saturday, the couple turned their long-time love affair into a marital knot.

Jedediah Bila and Jeremy Scher took their wedding vows at a church of  Huffington, New York. Total 60 of their closest family and friends attended their marriage ceremony. Bila was in a Rivini lace white ballgown while her groom enrobed a classic black tux. Guests enjoyed their five-tiered custom designed vanilla and chocolate wedding cake with mousse filling.