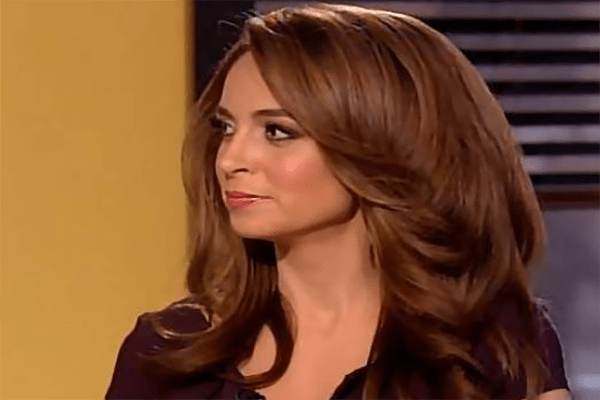 Jedediah Bila is a former contributor to FOX News contributor and co-host of The View on ABC. Furthermore, she has an apathy towards politics as she is associated with the political party, Independent. Bila is also an Emmy-nominated TV host.

Born on January 29, 1979, Bila wasn’t an enthusiastic speaker or reader when she was a child. Nevertheless, she became when she grew up. Bila is a superhero wannabe and cupcake and pastries lover and importantly a freedom-lover.

Besides, she is an excellent author as well. She is an author of a book OUTNUMBERED: Chronicles of a Manhattan Conservative that was published in 2011.

Bila is a well-educated person. She is an owner of Master of arts degree in Spanish from Columbia. She was born in Brooklyn but grew up in Staten Island, Nw York. Bila attended an all-girls Catholic High School, where she learned the discipline that is still helping her.

When she was nine months of age, her dad used to bring a Cannoli and had to go across the room or kitchen to have it.

She graduated from Valedictorian of Wagner College with a B.A in Spanish and Master of Arts from Columbia in Spanish. Furthermore, she was also able to secure PhD fellowship from Staten Island College affiliated to Columbia University. Then, she also became a high-school academic dean. Bila spent several years teaching in schools and colleges.

Born as A. Jedediah Louisa Bila, she spent most of the time in teaching and writing blogs. Bila also had a fortune of writing poetry that included in her school’s literary magazine. Writing blogs became her passion even though she was a graduate in Spanish.

One day, her father called her off the car to tell that a famous radio host, Mark Levin was reading her blogs and was really impressed by her review of his book. Later, Mark introduced her to millions of people, and she got some fame

After such instant following of million people, she was invited by Sean Hannity‘s team at FOX News. And she accepted the invitation and joined the American Panel who talked about news of the day.

This appearance with the American panel changed her world upside down as she got associated with more at FOX News. She was with some shows of CNBC and MSNBC and suddenly became a TV commentator.

Then being signed with FOX News, she co-hosted Outnumbered and The five. Bila also wrote a column regarding politics, relationships fitness and culter for FOXNews.com, PoilcyMic, Townhall and The Daily Caller. Afterwards, journals written by her were collected and turned into a book known as Outnumbered: Chronicles of a Manhattan Conservative in 2011.

Then in 2016, she got associated with ABC as she was co-hosting The View where defended free markets, low taxes and freedom to marry anybody you want.  Bila hosted The View for twenty episodes and was nominated for Emmy for Outstanding Entertainment Talk Show Hosts plus the show was nominated for an Outstanding Talk Show.  After twenty episodes she left the show on September 18, 2017.

Wife of Jeremy Scher is currently working on a book with Harper Collins. And still speaks on everything from politics to celebrity News open heartedly. While she isn’t busy, she loves to spend the time working out and eating healthy food.

Jedediah Bila already has a fortune of being a star for million fans. Furthermore, she is ex-co-host for FOX News and ABC.  According to Taddlr, Jedediah Bela’s net worth is estimated to have $1.2 million.

Freedom lover, Jedediah is also an author of a book and the earnings from bookselling adds to Jedediah Bila’s net worth. The book Outnumbered: Chronicles of a Manhattan Conservative costs $11.99 for paperback and $8.99 on Kindle, according to Amazon.

Furthermore, she is an owner of a beautiful and stylish Delorean DMC-12 car. This luxury car is also known as The DeLorean and manufactured by DeLorean Motor Company.

Here is the picture with Delorean car posted by Bila on Instagram. Where she captioned “Just me and my DeLorean”.

Not to mention, Jedediah’s fortune includes her house as well. She likes to cook and play with her dog whenever she is at the house. Bila loves to dance while cooking in her kitchen. Here is another  Instagram post where she is cooking  Beef in her house.

First Jedediah got engaged to charming boyfriend, Jeremy Schwer on June 12, 2017.  Although she exchanged the engagement ring in June, she announced he engagement on her last day at The View, i.e. September 18, 2017. She was feeling excited and little shy while showing the diamond engagement ring to the audiences.

On her last day at The view, she thanked her co-hosts and other partners including Whoopi Goldberg, Sunny Hostin, Joy Behar and Sara Haines. Also the chief executive producer, Hilary Estey McLoughlin and executive producer, Brian Teta praised and congratulated her on engagement.

After eight months of the engagement, the couple took the wedding vows and announced husband and wife. On February 17, 2018, it was Jedediah Bila’s winter wedding with Jeremy. It was the Long Island Castle, the wedding venue where the couple tied the knot. Their wedding venue is famous because the music video Blank Space by Taylor Swift was filmed here.

An amazing day I’ll treasure forever! I spoke with @usweekly as the big day approached. Details in the March 5 issue, on stands now. xoxo Photos by @jordanmatter

For her wedding, Billa called planner Mikie Russo of Michael Russo events as her wedding planner.The wedding ceremony was unique as the two went to the library and completely fell in love. By the way, Jeremy is a publisher, and she is a writer.

There were exactly 59 guests at the ceremony. And the couple exchange the wedding vows in front of the guest including Bride’s and Groom’s parents.

Bila was looking gorgeous in those white wedding dress, gown. Overall, the bride wore two kinds of wedding dresses. One designed by Rivini by Rita Vinieris for wedding ceremony while another bit shorter piece for the reception.

An amazing day I’ll never forget! Check out @usweekly online (link in bio) for an exclusive look at my wedding! Also, pick up a copy of the magazine in print on stands this week for more details. xoxo ? Photos by @jordanmatter

Furthermore, the castle wedding venue was well- decorated by Pedestals Floral Decorators. The castle was shining and was lavished by the beautiful flowers. Then the snowfall was there to add beauty to Jedediah Bila’s marriage. The couple was looking extremely on their marriage as they shared the snow stage to dance.

Happy Birthday, J. Love you, love you. ❤️ ? by @jordanmatter