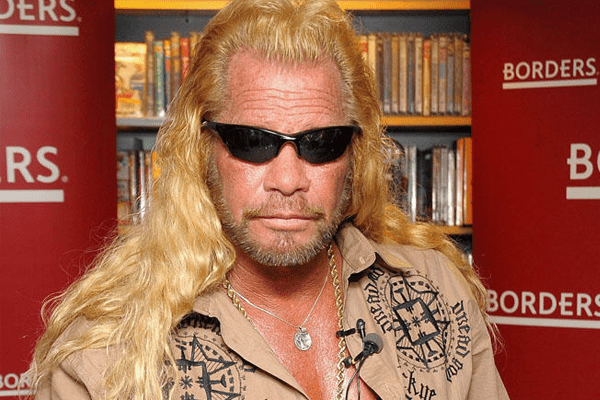 His full name goes by Duane Lee “Dog” Chapman and all of his fans and well-wishers know him as  “Dog The Bounty Hunter“.

Duane was born on 2nd of February, 1953 in the Mile High City, Denver, Colorado, US.  He rose to fame and popularity after his reality television series “Dog The Bounty Hunter” was aired in 2004 on A&E, an American TV channel.

The American bounty hunter, Duane Lee Chapman’s net worth is estimated at $6 million. 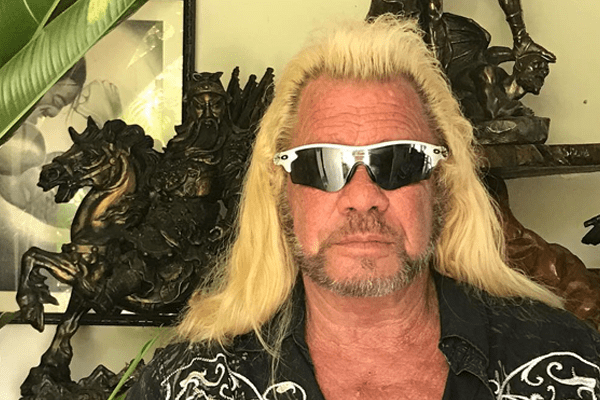 A typical bounty hunter earns between, let’s say  $48,000-$65,000 a year. And looking back at all the catches of Duane Lee, he surely must have amassed a lot under his name. One of his most famous catches is Andrew Luster.

The 65-year-old bounty hunter is also a television personality. He was part of two TV shows, “Dog The Bounty Hunter” and “Dog and Beth: On The Hunt”. Those were pretty good shows and Duane must have earned a lot from the series.

Apart from being a bounty hunter and a television star, Duane is also an author. Till date, he has published two books under his name. Here are the books along with their respective prices:

Duane’s first book, “You Can Run, But You Can’t Hide” was listed at No. 1 selling book on the bestseller list of The New York Times.

The money Duane gets from the sales of his books also contributes a substantial amount of money to Duane Chapman’s net worth of $6 million.

Before and after being a bounty hunter, Duane has been in a lot of legal issues. In 1976, Duane was convicted of first-degree murder and was sentenced to 5 years in prison. His friend had shot a drug dealer, while he waited in the car. Though he only served 18 months of prison life.

It was at that time, a prison guard inspired him to be a bounty hunter. 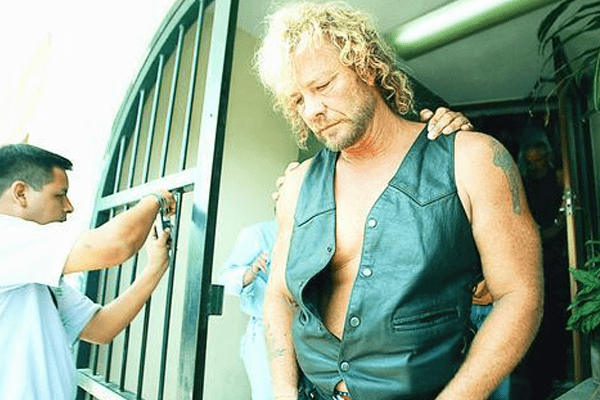 Duane Lee Chapman while he was serving his time in Mexico. Photo Courtesy: Taipei Times.

As mentioned earlier, Duane had captured Andrew Luster in Mexico. And since bounty hunting is illegal in Mexico, Duane along with his son Leland Chapman and associate Tim Chapman were arrested and had charged with “deprivation of liberty”.

Finally, they were free when US Magistrate Judge Barry Kurren dismissed the extradition attempt and the trio was no longer charged with any crimes, on 5th of November, 2007.

Born to father Wesley Chapman and mother Barbara Chapman, Duane was the first child to his parents. He has two younger sisters and one younger brother.

Duane has got a long history with wives and marriage, he’s had a total of 4 wives and teenage girlfriend and with them, he has got over 10+ children.

Christopher Michael Hect, the first son of Duane Chapman from a teenage relationship with Debbie White.

He first married to LaFonda Sue Honeycut in 1972. With her, he had two children, Duane Lee Chapman  II and Leland Chapman. Duane and his ex-wife parted ways in 1977. During that time, Duane was serving his time in prison, it is said that his former wife married his best friend as they divorced.

After coming out of prison in 1979, Duane married Anne M. Tegnell. The pair had three children, Wesley Chapman, Zebediah Duane Chapman (died in 1980)and J.R James Chapman. Duane and his ex-wife Anne got divorced in 1982.

Not having a good married life, Duane reunited with his longtime beloved Alice Elizabeth Barmore. And in May 2006, in Hawaii, the pair finally tied their knot but unfortunately, Duane’s daughter, Barbara had a fatal car accident a day before and had to lose her life.

My wife and I @ State of the union Dinner @mrsdog4real

The pair were still intact together, and had two children, Bonnie Chapman and Garry Chapman.

Together, the pair had started a series on A&E in 2017. The show is entitled, “Dog and Beth: Fight of Their Lives”. It is based on Beth’s cancer and details of her surgical procedures and medical appointment.

Despite of all the efforts in saving Beth’s life, Dog lost the love of  his life on June 26, 2019. Beth was just 51. Her cancer returned, she refused taking chemotherapy and was trying alternative therapies. Suddenly, she got admitted to hospital due to breathing issues. And again in the second hospitalization, Beth took her last breath.