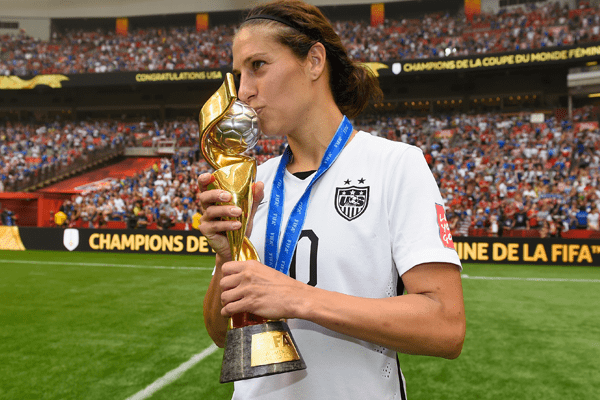 Lloyd, who has played for a number of football clubs including Chicago Red Stars, Sky Blue FC, and Atlanta Beat. Lloyd has made over 250 appearances for the U.S. national team and has scored 100 goals.

The talented Soccer player, who began her professional career for the central Jersey Splash in 1999, became the first person ever in FIFA Women’s World Cup final to score three goals and second soccer player after Geoff Hurst to score a hat-trick in any senior FIFA World Cup Final.

Net Worth of Carli Lloyd

Carli Lloyd has a net worth of $500 thousand as of 2018. Lloyd bags her net worth from her career as a professional soccer player. She gets a salary similar as men soccer players and amassed $2 million as a prize money and $75k as a bonus in the world cup win.

Lloyd, who had scored three goals in first 16 minutes of the final, has received the golden ball trophy as the best player of the tournament and earned the silver Boot for six goals during the tournament of FIFA Women’s World cup Canada 2015. 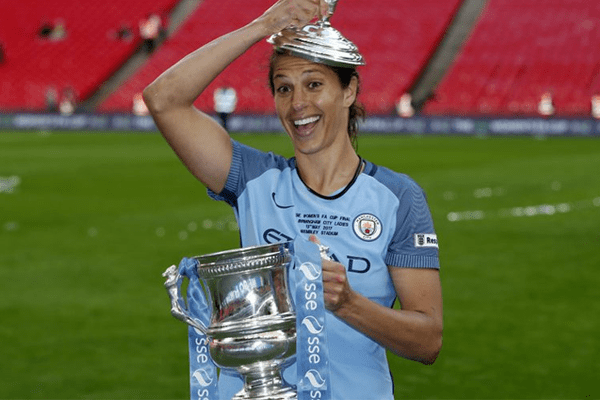 Carli Lloyd, who was named to the Star-ledger All-state first Team twice in 1999 and 2000, was born to Stephen Lloyd and Pamella Lloyd. A soccer player since the age of five has a brother Stephen Lloyd and a sister Ashley Llyod.

Carli Lloyd played under late Rudy Klobach in Delran High School where she had attended for her education. Since then she earned praise for clean ball control and astonishing ball distribution skills from midfield. 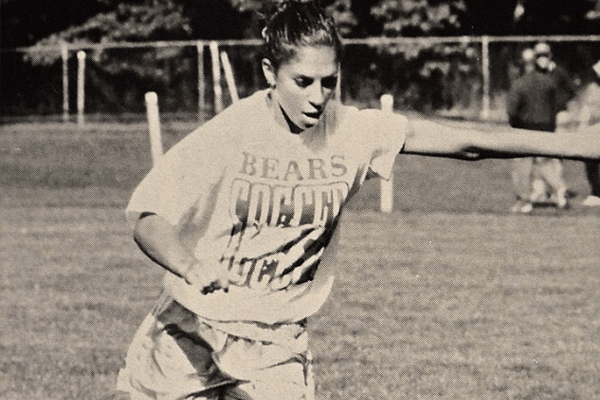 Lloyd’s relationship with her family was so troubled that her family didn’t invite her to her sister’s wedding and no one told her about her father’s surgery. But also fighting her stress and not having family’s support she achieved her dream of being a successful soccer player.

After long years of relationship, Lloyd got married to her high school boyfriend Brian Hollins, a golf pro who used to live on the same street where she grew up. The two players tied their knot officially on November 4, 2016, in a beachside of Mayan Riviera. 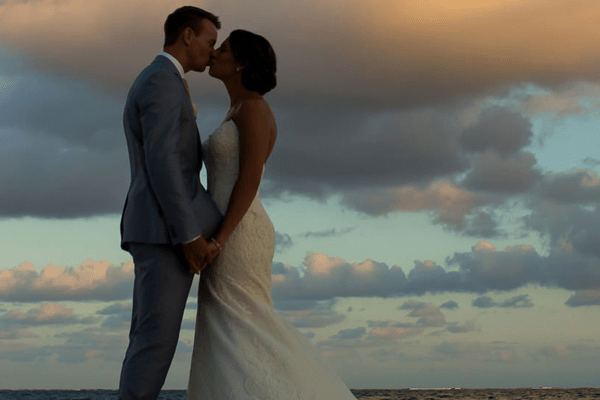 Lloyd, the gold medalist got engaged to Brian Hollins in January 2013 after Hollins proposed her with a diamond ring after a long relationship of 15 years and had postponed their wedding till the end of FIFA world cup 2016.