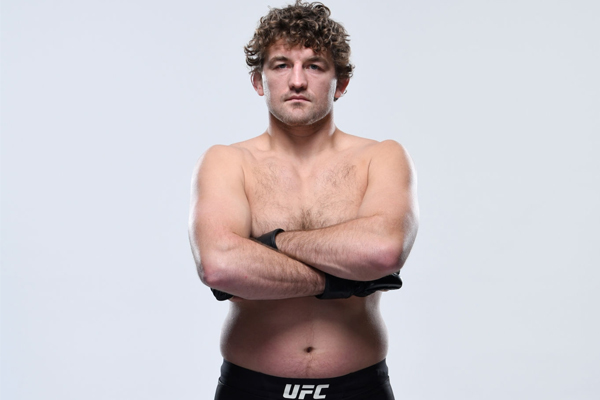 Ben Askren is a famous American professional MMA and also a former Olympic wrestler. Ben was born on the 18th of July 1984, in Hartland, Wisconsin, United States. He is famous for being a former Bellator Welterweight Champion.

Ben Askren’s net worth hasn’t been revealed. He was born to father Chuck Askren and mother, Michele Askren. He grew up with his brother Max Askren. Ben is married to Amy Askren, with whom he shares two daughters and one son.

As previously mentioned, Ben Askren’s net worth is under wraps. However, some sites suggest that he has a net worth of $1 million. Ben has managed to gather his net worth from his professional career as a martial artist and being an MMA fighter.

Ben Askren earned $350K in a match against Robbie Lawler in a UFC welterweight match. Also, in a game against Jorge Masvidal, he made $213K though, he lost the match. He also earned $263K against Demian Maia. According to some sources, Ben’s annual salary is around $500,000.

Therefore, looking at his income sources, we can guess how rich he is and how much wealth he has. As of November 2019, he is #12 in the UFC welterweight rankings.

Ben had a passion for fighting since he was young. Ben Askren attended Arrowhead High School. After then, he joined the University of Missouri, where he was an amateur wrestler. Ben won the National Collegiate Athletic Association Championship match in 2006 and 2007. He has also won several prestigious awards during his college days in wrestling. Later, he also worked as an assistant wrestling coach at Arizona State University. 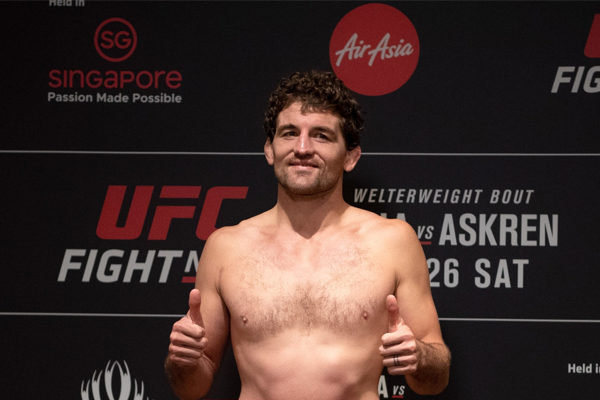 Ben Askren had a passion for fighting when he was young. Image Source: Getty Images.

In 2008, he also competed in Summer Olympics, where he defeated Tyrone Lewis in the summer Olympics. Ben Askren’s MMA debut was in February 2009, which was in Columbia, Missouri, in which he won the match against Josh flowers. Similarly, Askren participated in Bellator Fighting Championship Season 2 and won the title.

Ben joined the One Championship in 2013 and became the champion after defeating Nobutatsu Suzuki. Ben had retired from MMA on November 24, 2017, after winning his fight against Shinya Aoki. Ben Askren held a record of 18 wins in his MMA career. And later he returned again.

He is currently fighting in UFC. On March 3, 2019, he defeated Robbie Lawler in UFC 235. After then, he faced Jorge Masvidal at UFC 239, where he suffered the first loss of his career. Ben was knocked out in 5 seconds-  which is the fastest knockout loss in UFC history. Later on, he had to face defeat against Demian Maia too.

Aforementioned, Ben Askren was born to father Chuck Askren and mother, Michele Askren. He grew up with his brother Max Askren. Ben Askren’s brother is also a wrestler. 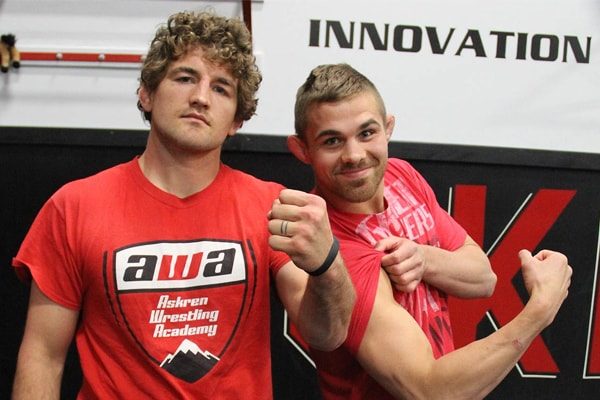 Max and Ben are the founders of their wrestling academy.

As stated earlier, Ben Askren’s wife is Amy Askren. The lovely pair married in 2010 in front of their friends and family. They are blessed with three children, two daughters, and one son. 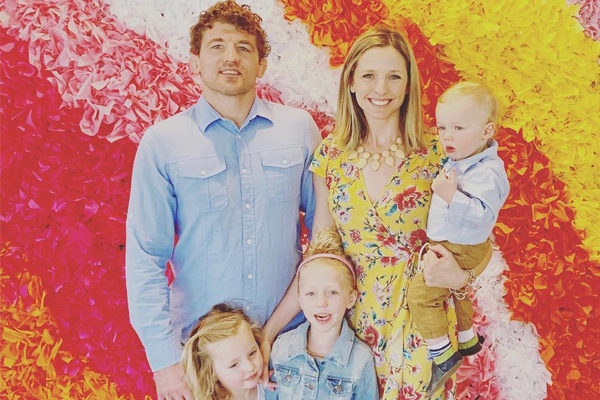 Ben Askren’s children look cute and are often seen in his wife’s social media. Amy is very much supportive of Ben’s professional career and is playing a vital role in growing up their children.

Above all, Love what you like the most. Ben Askren’s devotion to the fight is the reason behind his success and fortune.