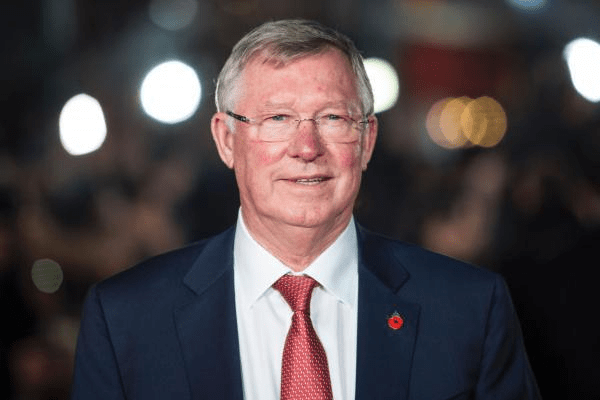 Alex Ferguson is a former Manager of Manchester United. He is one of the excellent and most successful managers of all time. Ferguson is popular as a former Scottish Soccer Player. Besides, a  professional football player and manager, he is a husband and the father of three children.

Alexander Chapman Ferguson was born on December 31, 1941. He was born in his grandmother’s home on Shield Hall Road in Govan (district of the southwestern city of Glasgow, Scotland).

Alex is the first child of Alexander Beaton Ferguson and Elizabeth Ferguson. He grew up on a tenement Road at 667 Govan Road along with his younger brother, Martin. He spent his early age kicking around a football with his dad most of the time.

Alex as a Football Player

Ferguson had pursued his career as a footballer at the age of 16. He made his debut as a striker with Queen’s Park matching against Stranraer. Later, Ferguson moved to St Johnstone football club in 1960.

In 1964, he signed with Dunfermline football club. He became a full-time professional footballer. Later, Alexander joined Rangers for £65,000. Next, he joined Falkirk football club.

Finally, he played representing Ayr United. After shifting to Ayr United, he ended his football career in 1974.

At the age of 32, Ferguson appointed as a manager of ‘East Stirlingshire’ in June 1974.  After his appointment, he uplifted the condition of the team. In October, the same year, he got an invitation from ‘St Mirren.’  He worked there from 1974 to 1978.

In June 1978, he joined Aberdeen as a manager. He was remarked as the most successful manager of all the time. He was offered for the manager post at ‘Arsenal,’ & ‘Liverpool.’ He also coached ‘Scottish National Side.’

Later, he joined to Manchester United in 1986. In 1989-90 Season, the team won the FA cup beating Crystal Palace. The team won the UEFA Cup Winners Cup and Super CupIn 1991.

In the 1998 to 99 Season, the team became the winner of UEFA Championship League. The team again won the FA Cup which was the final one under his management in 2004.

In 2008, the team won European Cup and Premier League in 2013. He announced his retirement on May 8, 2013, from manager post. But he remained at the club as the director and club ambassador.

An exciting game with an unexpected score line. What a way to end my managerial career. Will be relaxing and enjoying my break. Thank you.

During Alex Ferguson retirement, he was praised by UEFA president Michel Platini as a true visionary. Prime Minister David Cameron described him as a remarkable man in British Football.

In terms of real estate, he has a house in Manchester worth of $10 million. 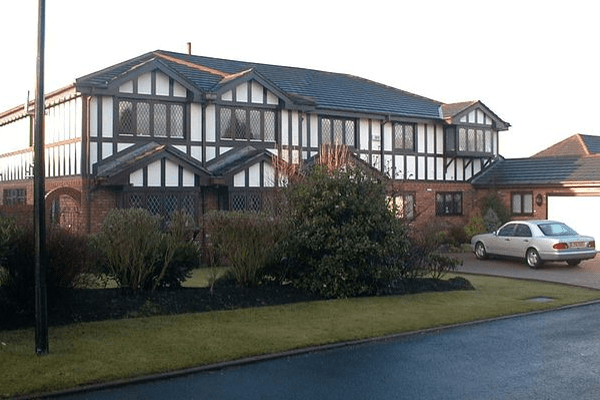 Alex owns volt manufactured by Chevrolet valued $60,000. A professional career as the former athlete is the ultimate source of Alex Ferguson’s net worth.

Alex Ferguson recognized as one of the most capable football coaches since the foundation of Union of European Association (UEFA).

Currently, Ferguson is residing with his wife Cathy Ferguson. They married in 1966. 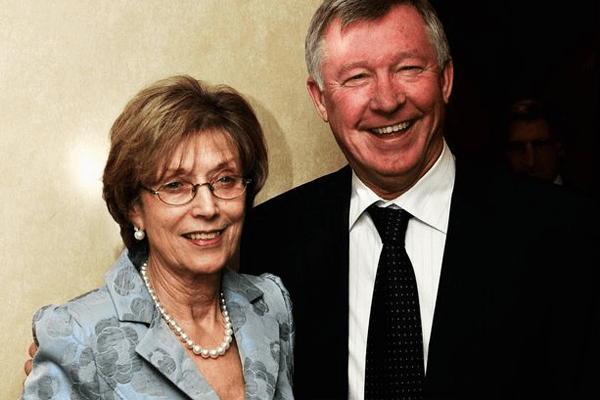 Besides professional career, he is a self-described socialist. He was named as biggest donors to the Labour Party in 1998. He is a vocal supporter and funder of the Better Together campaign in 2014. This drive supports Scotland to remain as a part of the United Kingdom.

Sir Alex has a height of  5 feet and 11 Inch (1.8 m). His birth sign is Sagittarius. He holds several nationalities including British, Scottish and Welsh. Ferguson belongs to white ethnicity. He has grey eyes and white hair. He is active on Twitter since 2010.