Hillary Clinton: A person with purpose 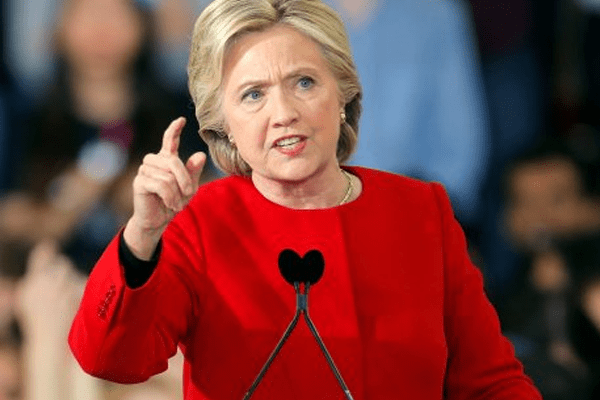 We cannot measure worthiness of anybody. Every being coming in this world has a purpose. Purpose is what defines how worthy you are. Till the date humans have intensified their purpose. Among them those who intensify it more in a continuous basis are the most successful. Hillary Clinton is one among them. Hillary Clinton: A person with purpose says it all as she has established herself to be loved and respected among her admirers from the beginning till date. Although she has been subject to controversies and certain issues against her, she thrives to move on being stronger and firm with her beliefs.

She was born in American, change making, middle class family in 26th October, 1947 A.D. She arrived in Edgewater Hospital Illinois, Chicago as a daughter to World War II navy veteran and a small shop owner. He was also a hardcore Republican and believed in minimum wastage of everything. Hillary Clinton grew up unlike her mother, who suffered a lot while growing up. Moreover, Hillary Clinton had a stable middle class life. She became a girl-scout and brownie as well as Methodist pupil of her mother who taught Sunday school.

Being a member of the youth ministry, she had got the chance to meet Martin Luther King Jr. which being internalized in the memory sparked two days strike after the demise of him in her college years. She graduated from the college in 1969 with first American Landing on the moon and completed her B.A. political science honors.

She then enrolled herself in Yale Law School. Again, without wasting her time she became a member of editorial board of “Yale Review of Law and Social Action.” Then, she worked in “Yale Child Study Centre” which induced her to work for Children’s Defense Fund after Post Graduation from Yale Law School. While in Yale, she was dating Bill Clinton, her classmate.

Working further, she co-founded “Arkansas Advocates for Children and Families” among pioneer child advocacy group of the state in 1977 with alliance with Children’s Defense Fund. It is her heart that founded the group and again her heart which led her move to Arkansas along with Bill Clinton who was running for U.S. House of Representatives in 1974. The couple finally tied their knot in 1975.

Hillary Clinton became the first lady for two years after Bill Clinton took the office of governor of Arkansas in 1978. They could not re-elect consequently but, got elected again in 1982 while she used her name as Hillary Clinton throughout the campaign for a change.

In 1993, Hillary Clinton became first lady of U.S.A after Bill Clinton took the office in White House. The couple experienced many ups and downs including two extra-marital scandal of Bill Clinton. Yet again Hillary Clinton remained firm towards the relationship of the two.

She became the presidential candidate in USA twice and failed twice. But, she remained firm towards the purpose she wishes to intensify and she still is committed towards that. Throughout her life, Hillary Clinton was an out runner and she still is. She never gave up on injustice she feels sure of and stood up against it and still tend to continue. She tested her ability to intensify human purpose as a child, as an adolescent, as an adult and kept doing it towards maturity.

Hillary Clinton: A person with purpose

Writing “What Happened” was hard, so is what we see every day. As we move forward & fight back, I hope this helps.https://t.co/cD45JRy2Q0 pic.twitter.com/iAMM3tflWc

Writing “What Happened” was hard, so is what we see every day. As we move forward & fight back, I hope this helps.https://t.co/cD45JRy2Q0 pic.twitter.com/iAMM3tflWc