Home / Entertainment / Is Sophie Simmons ready to get married or still on with her secret affairs?

Is Sophie Simmons ready to get married or still on with her secret affairs? 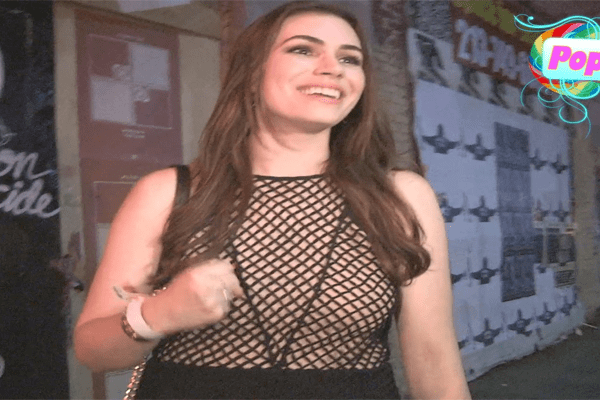 The American actress, Sophie Simmons has had an exceptional professional career but is her personal life as triumphant? Sophie Simmons has been seen with many men in the public since she has had many affairs and boyfriends. But is Sophie Simmons ready to get hitched or is she single and secretly in an affair? Let us find out more about Sophie Simmons secret dating history!

Sophie Simmons has invested a lot of effort in her professional life, and also her personal life as it seems. The 24-year-old actress is mostly having fun these years. She has not yet revealed about the intensity about her ongoing affair with her new boyfriend but by the looks of it, the couple is already in too deep.

Sophie Simons was previously in a relationship with her former boyfriend, Christopher James. The couple were frequently seen in public and were much talked about until they suddenly stopped being spotted. The couple soon broke up without a known reason.

The year 2014 seemed to be super exciting for the lovely Sophie Simmons since she officially confirmed her closeness with her new boyfriend, James Kimble at a Rock and Roll star event. Sophie Simmons was too busy to make official revelations about her new growing relationship but her father Gene Simmons helped out in that department!

Through a twitter post captioned “Sophie Simmons and Boyfriend James Kimble Attend Mending Kids “Rock N’ Roll All-Star Event””, Gene swiftly pushed the news forward for the world to see. Since then, the couple has been spotted many times in public.

They were spotted by the paparazzi in 2015 attending a baseball game at Dodger Stadium in Los Angeles California. The couple was seen holding hands while Sophie’s mother Shannon Tweed tailed back. As if it was not already enough to prove that James Kimble had ben acquainted with Sophie’s family, he has spotted yet again with Sophie in 2017.

Sophie Tweed-Simmons posted a picture of herself with James Kimble on her twitter account flying out in the LAX along with her entire family. She captioned it ‘The Simmons fly out of LAX’. The couple must be taking it slow and do not want to reveal much to the public. But, their years of togetherness and their beaming love unabashedly show that they are deeply in love. We wish the best for the lovely couple.