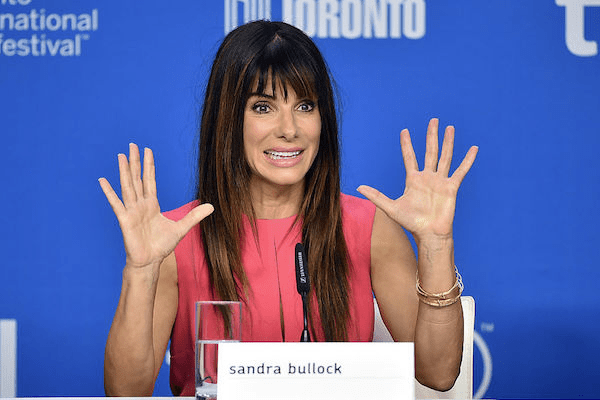 Photo credit:chicks on the right
Ocean’s Eight is a forthcoming American larceny comedy movie directed by Gary Ross and Olivia Milch. It is both series and female spin-off of the Ocean’s Trilogy. It will be released on June 8, 2018, by Warner Bros.

Ocean’s Eight will cast some of the popular female celebrities. And the warning is, Don’t even try to show up for Sandra Bullock and the women of “Ocean’s 8.”

There were some tweets on the twitter about the film trying to be sexist.

Nobody asked for Oceans 8. Did we learn nothing from the new Ghostbusters???

Ghostbusters the vagina edition didn’t do well, why would you try and do the same with Oceans 8? Hahah ?

What has Sandra Bullock to say about Ocean Eight and her experience?

Sandra Bullock said: “We have some but boy, I mean to say, We’ve stock some fiery women who’re going to fight right back.”

She further added, “It’s like, why don’t we just inhale a deep breathe and see if we are gonna come up with something really funny. There should be a deferment. There should be a rule that you can’t say anything awful until it comes out. When’s that going to happen? ”

Sandra Bullock also got questions regarding whether the cast of Oceans 8 had been subject identical mocking to the one received by stars who starred in the 2016 all-girly Ghostbusters reboot.

“They really did set them through hell. And I’m still wondering why. Ignore what the final result was! There were four 0r five of the brilliant comedians in that film”, Bullock said.

Bulock added,“We’re just trying a thing that has happened in 2017. It’s a sequel story of another family casts that was built in the same family Danny Ocean was and what’s the result when Debbie steps out with all of these amazing, powerful females.”