Home / Entertainment / Nia Sioux in a dating affair with boyfriend or prioritizing her family and friends?

Nia Sioux in a dating affair with boyfriend or prioritizing her family and friends? 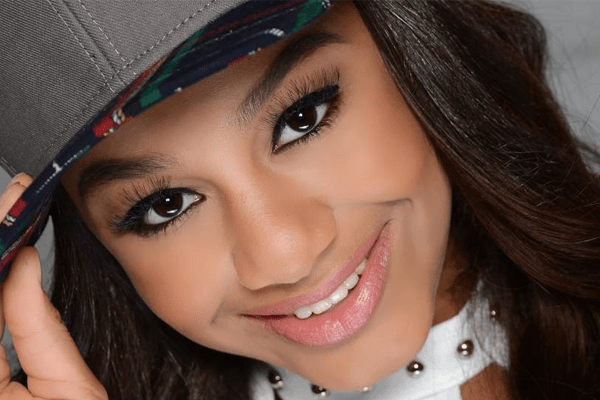 Nia Sioux Fraizer has stolen millions of hearts with her remarkable performances in Dance Moms. She has been very vocal about her experiences at Dance Moms but she has kept her personal life hidden for most of the part. Nia Sioux’s dating affair rumors have been brewing for a lot of time now. Is Nia Sioux really in a dating affair with a boyfriend? Let us find out!

Nia Sioux’s dating affair has been secretive but has been gaining wide coverage in the recent months. But we can clearly say that she brought it all onto herself last August. Sioux in August 2016 shared an adorable short video of herself on her twitter account. In the musical.ly video she lips synced “I have a boyfriend, well I mean I have a friend, kinda….”.

I have a boyfriend, well I mean I have a friend, kinda…. ? pic.twitter.com/BRyuYUngAO

It was enough for the paparazzi who wanted to dig deep into her personal life and find out why Nia had posted such a video.

Nia has been asked time and again about her boyfriend but she has never given any appropriate answers that might quench our thirst. Nia Sioux seems to be single at present. She is seen mostly busy in her career as a dancer and an actress. Sioux is seen running back and forth from home to the sets. Nia Sioux’s dating affair rumors are all fallacious.

It is evident through her twitter posts and pictures that Nia Sioux is very close to her family and friends. She seems to prioritize her family and friends over other things in life. Nia has posted a picture of herself enjoying the beach and soaking up some sun with her siblings Evan Jr, and William.

Clearly having no fun at all on our family vacation ?

Nia Sioux also recently in July posted a picture of herself with her mother Holly Frazier with the widest smile on her face.

Mom and I are going LIVE in just a few hours to talk about the new season of #dancemoms! Join us at 145pm PST on the @thisiscollide app! BTW this pic makes me miss Australia!

Nia Sioux has not included her dad in the picture section of her twitter account since her father Evan does not seem to enjoy all the public attention.

Nia Sioux shared in an interview that she is very close with her friends. She revealed that she and her friends “text each other every single day” and that during their day off they go to see each other. Nia is friends with most of her co-stars like Maddie Ziegler. She has also posted many pictures of herself with Maddie and she seems to be happy with her family and friends!