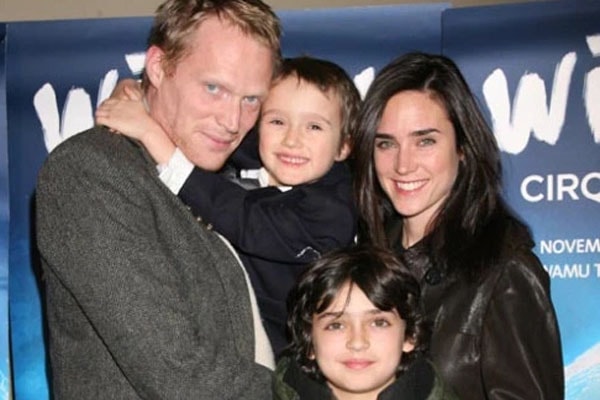 The famous Blood Diamond actress Jennifer Connelly married English actor, Paul Bettany in the year 2003. The romantic couple dated for a couple of years before deciding to walk down the aisle together.

The duo tied the knot in an auspicious ceremony in Scotland with very few family members and friends. Likewise, the pair is blessed with two adorable kids- son, Stellan Bettany and daughter, Agnes Lark Bettany. Besides that Jennifer has a son, Kai with photographer husband, David Dugan. 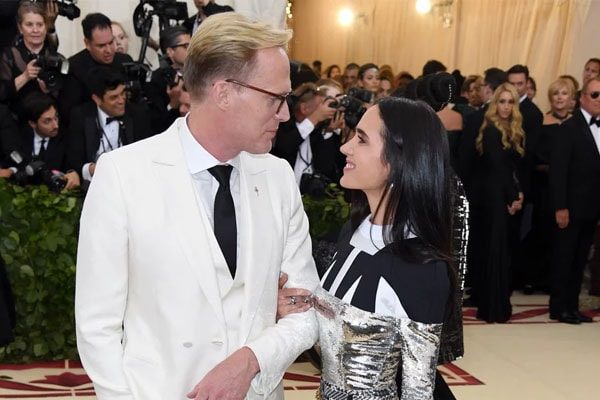 The adorable couple Jennifer and Paul tied the knot in the year 2003.
Image source: Popsugar

Jennifer Connelly has been wife to Paul Bettany for over a decade now. The adorable duo shares lovely chemistry together, and the relationship between the pair is thriving. The duo is one of the most adored couples in the Hollywood and also an exemplary family.

The Gorgeous actress Jennifer and husband, Paul met on the set of “A Beautiful Mind” where they automatically clicked. However, the pair did not get together at the time as they were in a relationship with different partners. Paul is not hesitant to admit that he could not help but notice Connelly’s undeniable beauty and was a bit intimidated. 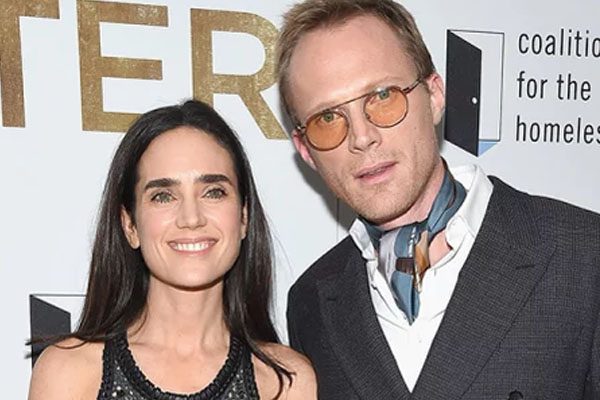 The lovebirds started dating shortly after the filming wrapped and eventually made their union official in a small and private ceremony in Scotland. Jennifer and Paul have adorable kids together. The eldest son Stellan Skarsgard is 15-years-old now, and Agnes Lark is 7-years-old as of 2018. Agnes was born at her home in New York via scheduled water birth.

Besides that, Connelly was in few relations prior to Paul. She was in a relationship with The Rocketeer‘s co-star Billy Campbell. However, the duo broke up after five years of being together. Likewise, Jennifer dated photographer, David Dugan, and Josh Charles. Moreover, Jennifer gave birth to her first son, Kai with ex-boyfriend David.

The Hulk actress, Jennifer is the proud mother of three children. The stunning mother of three gave birth to her youngest child, Agnes, six and a haft years ago. However, the 47-year-old Jennifer and her husband have decided to put a limit on their family. 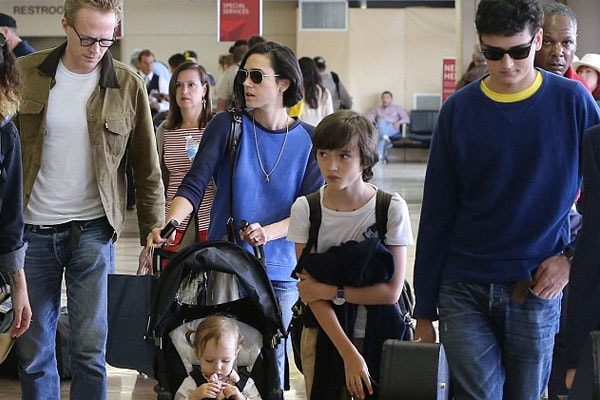 Jennifer and Paul walked down the aisle almost 16 years ago. However, the wonderful duo shares a strong bond together and travel to luxurious and exotic destinations. Likewise, the adorable couple, Jennifer and Paul enjoyed a European vacation with their kids in 2016.