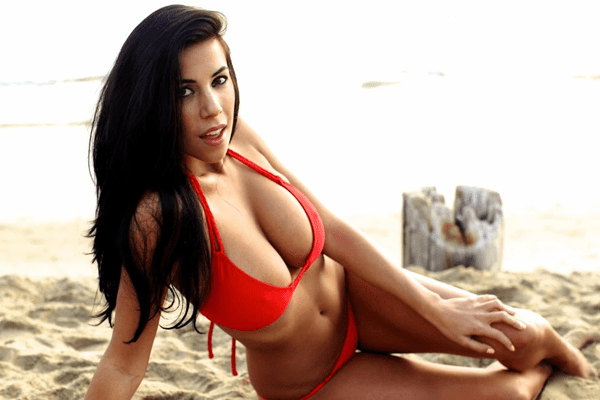 Stunning model Devin Brugman is a bikini seller whose net worth is about $3oo,ooo thousand.

Talk about super hot models and the first name that comes to mind is Devin Brugman. Born in California, Brugman is a swimwear model as well as a lifestyle blogger and entrepreneur. These endeavors have made her immensely rich as she has accumulated a massive net worth.

The stunning Devin stated gaining fans after starting A Bikini A Day blog with her best friend Natasha Oakley. Then Devin and Natasha became entrepreneurs as they started their own company Monday Swimwear for which she would model as well.

In addition, she has multiple other modeling contracts up her sleeve resulting in her earning a massive sum of money. As of 2018, her net worth is estimated to be about $300,000.

Devin started the company Monday Swimwear with her friend Natasha Oakley in 2014. She designed multiple bikinis and swimwear. She would also frequently model for her company.

The company has been hugely successful as they have sold a huge amount of bikinis and other swimwear. They have also collaborated with well-known brands like Tory Burch and Vixen Swimwear, as well as other smaller brands from Brazil and Australia. Though exact figures of sales are not known, it is reported that Devin Brugman and Natasha Oakley both make thousands of dollars from Monday Swimwear.

Thanks to the success of Monday Swimwear, Devin and Natasha have started a new company named Monday Active.

A Bikini A Day

Entrepreneur Devin Brugman initially rose to fame after she started the blog A Bikini A Day with Natasha in 2012. They would regularly post pictures in bikinis. Their photos were seen by millions of people and they became internet sensations.

The duo Businesswomen and Models was collectively known as “Bikini girls”. They would travel to places all over the world and post their pictures in bikinis in different exotic locations. Devin and Natasha both made good money thanks to the blog.

Other than her own companies, Devin has many other modeling contracts under her belt. Most notably, she is currently attached to Storm Models, an agency in London. She has previously modeled for Lifestyle for Men’s Magazine, AskMen and many more. As a result, she earns a lot of money from her modeling contracts.

Unlike Natasha, who has publicly demonstrated her love for Gilles Souteyrand, Devin has kept her private life private indeed. But now we know that her boyfriend is Daniel Yaro. Though much details are not available, the couple is in love with each other but haven’t married yet.

Devin was previously in a relationship with NFL player Greg Little in 2013. They split up the same year apparently due to Greg’s financial status.

Businesswoman and Entrepreneur Devin Brugman Who Owns a Company “Monday Active” With Natasha Oakley has Whopping Net Worth of $300,000.