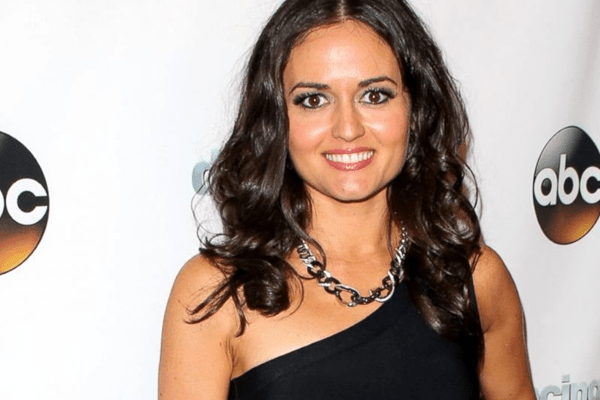 Project Mc2 actress Danica McKellar has been storming thorough the television arena with her skills and her personality. As an actress she does turn a few heads. Danica McKellar has maintained her body even after being a mother. This strong and independent American beauty has balanced both her personal as well as professional life. How does she do it all?

Danica McKellar is known in the pop culture as the exceptional television actress who has notably acted as character Sapphire Stagg in Justice League, Miss Martian in Young Justice, The Quail in Project Mc2, the Wonder Years, The Wrong Woman, to name a few.

Danica McKellar puts the phrase ‘Beauty with brains!’ into real life. She has earned a Bachelor of Science in Mathematics with highest honors from UCLA. This mathematician turned actress has a mathematical term named after her- Chayes–McKellar–Winn theorem! Isn’t that fascinating? She is also the recipient of Joint Policy Board for Mathematics (JPBM) Communications Award.

Danica McKellar is not only smart but beautiful as well. She sorts her bikini body under the sun showing off her banana shaped figure. Danica, whose body measurements is known to be 33-23-34 inches has maintained her body through regular exercise and healthy diet. The 5 feet 4 inches tall actress weighs only 52 kg. Soon after the birth of her son, Danica began working again and is back in shape. We are envious of her body!

The American beauty, Danica McKellar was previously married to composer husband, Mike Verta. After 12 years of togetherness the couple broke up and had a divorce. How sad! The couple together has a child named Draco born in 2010. Danica McKellar has proficiently managed to take care of her son as well as her career. She is currently married to her boyfriend, Scott Sveslosky. Her husband is a partner in the Los Angeles legal firm Sheppard Mullin Richter and Hampton.  The couple married on 15th November 2014 in Hawaii and has been together since.

Danica Mckellar has got our mouths drooling with her exceptional figure and our eyes popping with her triumphant career as an actress. She has our eyes glued to the TV sets. Danica is an inspiration to many women around the world. She is not only a remarkable actress, author, and mathematician but is also a loving wife and caring mother. We hope the best for Danica McKellar’s personal as well as professional life!