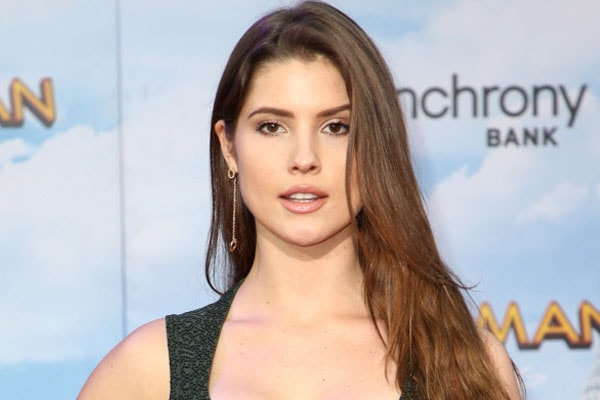 Amanda Cerny is an American Fitness professional, social media star and television personality. She got famed for making short vines videos on Youtube and has amassed 23.2 million followers on her Instagram profile.

American Actress Cerny was born on 26 June 1991 in Pittsburgh, Pennsylvania. She spent her entire childhood at Florida with her parents and siblings. Currently, Amanda is dating a fitness model and Youtuber, Johannes Bartl since 2017. Before that, she was in headlines for having an affair with pop singer Justin Bieber for a few months.

1.Amanda Cerny’s Net Worth and Earnings

The former Playboy model, Amanda Cerny’s Net worth is estimated to be $1 million. She has amassed all her riches from her career on Youtube and modeling. Amanda follows a lavish lifestyle in her day to day life and is not lesser than a celebrity.

2. She was rumored for being the girlfriend of Justin Bieber

The 27 years old, Amanda Cerny was in an alleged relationship with pop singer Justin Beiber in 2016. The rumor of their affair came out after Amanda and Justin made a Vine video together. The former couple was also seen together at a karaoke event. 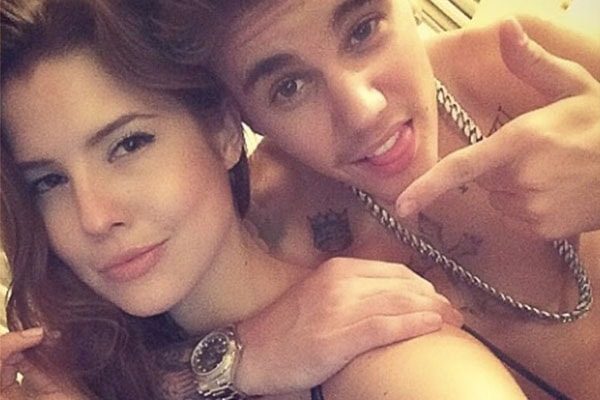 Amanda Cerny was dating the Pop star Justin Bieber in her past.
Image Source: Pinterest

3. Amanda Cerny is a fitness guru.

Amanda Cerny is a fitness guru who provides several diet plans and habit to stay fit and healthy in the day to day life. She often posts videos and images suggesting her fans about different exercises and tutorials.

The creator, Amanda Cerny got immense popularity for her short funny vines on Youtube. Her fame surfaced all over the web after people starting liking her videos on Social Media websites. Amanda is among those celebrities who have more than 20 million followers on Instagram. Her Instagram profile has 23.2 million followers whereas Youtube has 2.6 million subscribers to date.

The Youtube star, Amanda Cerny is among one of the most charitable internet celebrities today. She not only attends the charity events but also has her own charity foundation, called Play Foundation. The Play Foundation was made to help the children and people who were severely affected by the natural disaster in Haiti. Amanda is often seen visiting different places around the world, where peoples suffered because of Natural Calamities.

The gorgeous, Amanda Cerny accused one of her all times best friend, Lele Pons for disrupting her career. Lele Pons was the social media star of Venezuela and had a beautiful friendship with Amanda Cerny. Both of them were often seen together in each other’s videos. Till the day Amanda realized that her some of the past videos started disappearing from her social media profile. Later on, it was confirmed that the culprit behind those disappearances was her own friend Lele. And that’s how a loving friendship came to an end.

7. She is presently dating Johannes Bartl

Amanda Cerny and Johannes Bartl have been in a loving relationship since 2017. Johannes Bartl is also a Youtube star and actor as his girlfriend, Amanda. The couple often flaunts their romance over their social media profile.

There are only a few people’s who know the fact that Amanda also has a brother and sister. Her sister Samantha is not a public figure yet whereas her half-brother Nick Bateman is also a social media star as Amanda. Born in Pittsburgh, Amanda spent her entire childhood with her sister Samantha at Florida.

The social media star, Amanda Cerny, started her career as a model from Playboy Magazines in 2011. Despite getting huge fame for her vines video on Youtube, Amanda hasn’t left her modeling career behind. She has been featured on the cover page of Health and Wellness Magazine, Elle Magazine and Sports Illustrated as a model.

10. She learned Martial arts in Childhood

Besides being one of the hottest celebrity in town, Amanda Cerny is one who beat up the boys who picked on her in childhood. The mother of Amanda had one of the largest martial arts school in the state of Florida. Amanda grew, learning different Karate skills from her mother at her home.