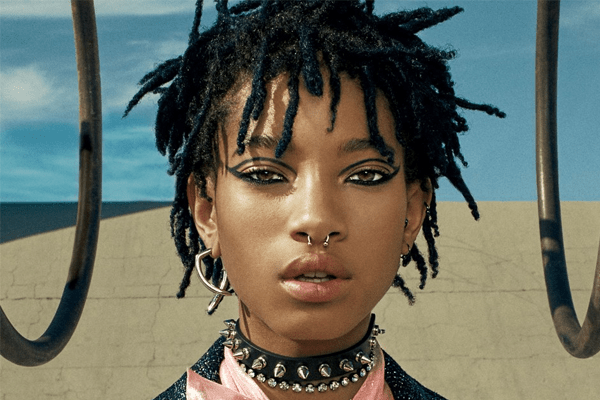 Willow Smith is a prominent American singer, actress, and dancer who has gained wide recognition for being the daughter f Will Smith and Jada Pinkett Smith. Willow Smith net worth is known to be high and amassed from her work in various movies and songs. Willow Smith songs like Whip My Hair and 21st Century Girl have been highly famous.

The distinguished and talented American actress and singer Willow Smith is known best for her song Whip My Hair. Willow Smith net worth has been sourced from her work in movies like Kit Kittredge: An American Girl, Madagascar: Escape 2 Africa and more. The details of Willow Smith songs, age, twitter, net worth, and more can be found on numerous social media sites. Willow Smith Instagram account has pictorial details of her personal and professional life.

Willow Smith was born Willow Camille Reign Smith on October 31, 2000, in Los Angeles, California, U.S. Smith was born to her parents Will Smith and Jada Pinkett Smith. Her mother is an actress and musician. While her father is a prominent actor and musician who is known best for his work on the Fresh Prince of Bel Air and Men In Black. Willow spent most o her childhood days with her brothers Trey Smith and Jaden Smith.

Willow Smith’s debut single was Whip My Hair released in 2010. The song went on to chart at number 11 in the US and number 5 in US R&B. The song went on to received RIAA Platinum certification, ARIA Platinum Certification, BPI Silver Certification and MC Gold certification. After that she went on to released songs like 21st Century Girl, Fireball, I Am Me, and F Q-C.  Willow Smith released her debut album on 11th December 2015 titled Ardipithecus. The album’s debut single titled Why Don’t You Cry was released in 2015. In 2016 she released Wait A Minute! Willow has also been featured in a single of her brother Jaden Smith’s Find You Somewhere with AcE.

Apart from her work as a singer, Willow Smith has also worked on various movies till date. Willow made her debut in the movie arena with the 2007 movie, I Am Legend as the character Marley Neville. She was then seen as Countee Garby in Ki Kittredge: An American Girl. Willow voices as character Baby Gloria in the 2008 movie Madagascar: Escape 2 Africa. She voiced as Abby in the 20089 TV movie, Merry Madagascar. Willow has appeared in two episodes of True Jackson, VP as Young True.

Willow Smith is too young o be married or dating anyone. However, she has been rumored to be dating celebrity kids like herself. She has also linked with Tyler Cole. The couple has been spotted walking in Los Angeles in the public many times in 2017. However, both Cole and Smith have not come clean about their relationship.

Willow Smith has been honored with many awards till date for her incomparable acting and singing career. Willow Smith has won awards like Young Artist Awards, VirtuaMagazine Awards, NAACP Image Award, BET Awards, and VEVOCertifiedAwards. She has also been awarded The 2016 Fashion Awards for the category of New Fashion Icons. Willow has also been nominated for an additional Young Artist Award, an Annie Award, BET Awards, and NAACP Image Awards.

Willow Smith is a huge inspiration and idol to many aspiring actresses who are opting for a successful career as that of her. Willow Smith Instagram has pictures of her day to day life and events. Willow Smith twitter account has 6 thousand followers who keep track of her day to day activities and also her career. Willow Smith’s bio can be found on various social media sites like Wikipedia, IMDB, Twitter, Facebook, and more which are viewed by her fans every day.


So proud of you brohttps://t.co/SLUCWfSGp2