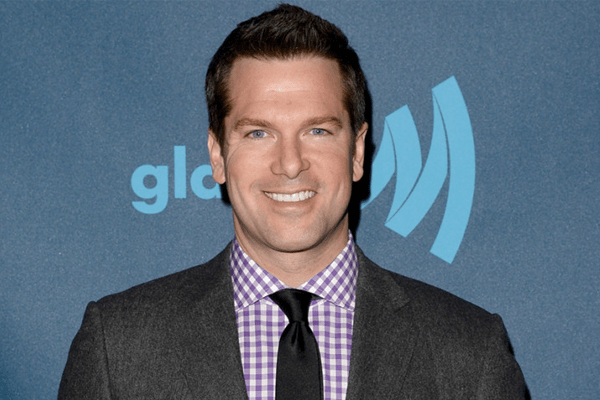 Thomas Roberts career and life itself is one of the motivational factors these days. He is a television journalist by profession and an American by nationality. He previously worked for the MSNBC’s news as an anchor. Also, he is a news correspondent for NBC. Many ups and downs in his life have made him strong as a person and those struggles have made him who he is today.

It is not only Thomas Roberts career that makes him popular but also his sexual orientation. This Emmy award-winning journalist once had a painful past. He is a survivor of a sexual abuse. He is a news anchor, news correspondent a host. Thomas has a charming personality and is undoubtedly a dignified figure.

Thomas Roberts was born on October 5, 1972, in Towson, Maryland, United States. He was born to parents Michelle Roberts and Albert Roberts. He was born in a catholic family and it is plausible that he has inhibited that religion in him. He grew up in a Roman Catholic family.

Thomas had that zeal of learning right from his childhood. He was confident and bright. He was a high school graduate from Calvert Hall College High School of the year 1994. After that, he took a major in communication and minor in journalism and graduated from Western Maryland College.

As a real career- oriented person he started reporting from a small cable station in Maryland. He then started working as a writer and Field producer for NBC affiliate KNSD in California. After that, he landed as a general assignment reporter with ABC affiliate KLKN-TV. The starting phase of Thomas Roberts career was not a walk in a park, it was his dedication and expertise that he took every step with learning and humble attitude. Soon after that he caught anchoring career and co- anchored an afternoon newscast at WAVY-TV.

With all his efforts, he took his major career leap at CNN. He joined the very network in late 2001. He worked as a weekday anchor on CNN Headline News during his initial phases.  He was a co- anchor of CNN Headline News coverage of ongoing Iraq War coverage and Space Shuttle Columbia disaster in 2003.

Then Roberts started stepping onto freelance anchoring. After being the full-time anchor on MSNBC, he anchored MSNBC Live with Thomas Roberts. The twists and turns in Thomas Roberts career were never ending. Thomas became the first openly gay evening news anchor by anchoring NBC Nightly News in 2015.  He has been anchoring the program in many occasions.

Apart from these, Roberts has co-hosted Miss Universe pageant for 2013 and 2014. When he co-hosts any program, be it a beauty pageant, be it a formal news coverage, Thomas knows how to hit the mark and make the flow smooth. His performances are worth praising.

When it comes to personal life, Roberts has a painful life in the beginning. The secret got unveiled that he was a survivor of sexual abuse. Unfortunately, it was only in 2005, when the secret came into the light. It was a former priest named Jerome F. Toohey Jr. who abused Roberts sexually at Calvert Hall College.

Roberts opened about his painful story of being sexually abused in CNN’s Anderson Cooper 360’s special segment. It was named ‘Sins of the Father’ and broadcasted on 12th of March, 2007.

People may wonder who might be Thomas Roberts wife but he is a gay. Thomas being gay is not a rumor; he has admitted the fact by himself.  Hence, Thomas Roberts wife is not a woman but man. He got married to his long-term partner Patrick D. Abner on September 29, 2012. They have been in a relationship since 2000. Their marriage might have been delayed despite being in an affair for so long because same-sex marriage was not legal in New York until 2011.

Thomas is accomplished personnel.  He is an Emmy award winner. He has also won GLAAD Media Vito Russo Award. With all his hard works and perseverance, Roberts has been able to establish his name in media and journalism.

Thomas Roberts twitter is one of the major sources of information for anyone who wants to be updated with Roberts’ whereabouts. On the top of that audience and his avid fans uses the twitter account to keep in touch with him. Now, given all these major details, it is vivid that the account is active and genuine. Millions of people follow Thomas Roberts twitter account and the followers are in increasing trend.

Kellyanne Conway says there could be spy cameras hidden in microwaves https://t.co/ajhvYjVcyn via @MailOnline