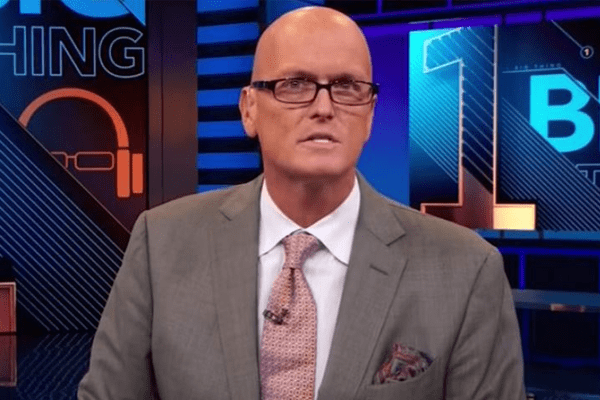 Scott Van Pelt was born in Brookeville, Maryland, United states. He was born on August 4; 1966.His current age is 50 years as of now. His nationality is American. He was born to his parents Cathie Mathis and Sam Van Pelt.

Scott Van Pelt being born in Brookeville, Maryland grew up in the Washington, D.C area. Scott Van Pelt attended school in Rockville, Maryland named flower valley elementary school. He did his graduation from Sherwood High School in Sandy Spring, Maryland and enrolled at the University of Maryland. He studied radio, television, and film there. Scott Van Pelt is also a member of the Pi kappa Alpha fraternity.

In 1990, Scott Van Pelt started his career at WTTG-TV, a FOX affiliate in Washington, D.C in sports casting.Later on from 1995 to 2000, he moved on to the Golf Channel as a studio host for some of the networks signature programs. In 2001, Scott Van Pelt left the channel to join ESPN where he served as a presenter for sports center and is one of the networks top golf correspondents which covered major tournaments such as the Master’s tournament. Before the program was canceled and replaced with Van Pelt’s own three-hour program, The Scott Van Pelt show in 2009, he was a prominent personality for ESPN personality for ESPN radio and he was the co-host of Trico and Van Pelt along with Mike Tirico. Scott Van Pelt served as Friday night college football on ESPN college football games for the ESPN Network as a studio presenter.

Stand in this spot every year & just think...How'd I get this lucky? The best Masters day has arrived. Who ya got? pic.twitter.com/41NsC9YsPM