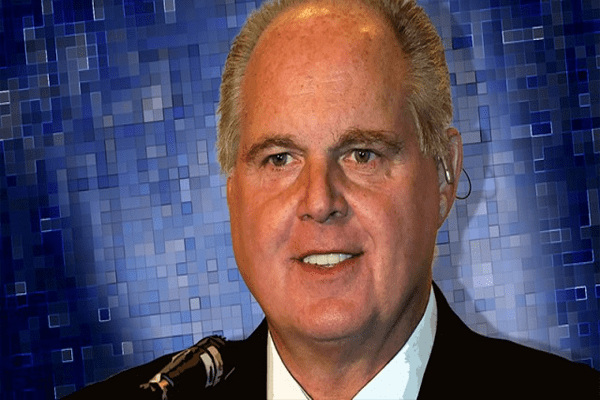 Rush Limbaugh was born in Cape Girardeau, Missouri, U.S. He was born on January 12; 1951.His current age is 66 as of now. He has the American nationality. He was the son of Mildred Carolyn “Millie” and Rush Hudson Limbaugh, Jr. His father was a lawyer and a U.S fighter pilot.

Rush Limbaugh graduated from Cape Girardeau, Missouri Central High School in 1969.He played football. Because of his parent’s desire to see him attend college, he enrolled in Southeast Missouri State University but left the school after two semesters and one summer.

Rush Limbaugh from the age of 16 worked in a series of disc jockey jobs. His talk show began in 1984 at Sacramento California radio station KFBK, featuring his ongoing format of political commentary and listener calls. In 1988, Limbaugh began broadcasting his show nationally from radio station WABC in New York City, and the show’s flagship station became WOR in 2014.

According to December 2015 estimates by Talkers Magazine, Rush Limbaugh has a cumulative Weekly audience of around 13.25 million unique listeners making it the most listened to talk radio program in the US. In the 1990’s Rush Limbaugh books The Way Things Ought to be (1992) and See, I Told You So (1993) made The New York Times Best Seller List. In Rush Limbaugh books, he criticizes what he regards as liberal policies and politicians, as well as what he perceives as a pervasive liberal bias in major U.S media. His most recent contract, signed on July 31, 2016, will take his radio program to 2020, its 32nd year.

Limbaugh has had four marriages, three divorces, and no children. He was first married at the age of 26 to Roxy Maxine McNeely, a sales secretary at radio station WHB in Kansas City, Missouri. They were married at the Centenary Unites Methodist Church In Limbaugh’s hometown of Cape Girardeau on September 24, 1997. McNeely filed for divorce in March 1980, citing ‘incompatibility’.They were formally divorced on July 10, 1980.

In 1983, Limbaugh married Michelle Sixta, a college student, and usherette at the Kansas City Royals Stadium Club. They were divorced in 1990 and she remarried the following year. On May 27, 1994, Limbaugh married Marta Fitzgerald, a 35 year old aerobics instructor whom he met on the online service CompuServe in 1990.They were married at the house of U.S Supreme court Justice Clarence Thomas, who officiated. They were separated on June 11; 2004.Limbaugh announced his divorce on the air. It was finalized in December 2004.In September 2004, Limbaugh became romantically involved with then-CNN news anchor Daryn Kegan and they broke up in February 2006.

On December 30 2009, while vacationing in Honolulu, Hawaii, Limbaugh was admitted to Queens’s medical center with intense chest pains. His doctors attributed the pain to angina pectoris.

He dated Kathryn Rogers, a party planner from Florida, for three years before he married her on June 5, 2010. During the wedding reception after the ceremony, Elton John entertained the wedding guests for a reported $1 million fee; however, Limbaugh himself denied that the $1 million figure was accurate on his September 7, 2010.

Through a holding company, KARHL Holdings, Limbaugh launched a line of bottled iced tea beverages, entitled “Two if by Tea” a play on the line from Henry Wadsworth Longfellow’s “Paul Reveres Ride “one if by hand, two if by sea”. KARHL Holdings features a Rush Revere website where children can send notes to liberty, the time-traveling, talking horse.

Rush Limbaugh was honored several times for his hard work in 1998; he won Broadcasting Hall of Fame. In 2009, He got nominated for Marconi Radio Award. In 1992, 1995, 2000, and 2005, he won Marconi Radio Award for his impressive work in the field of media. With his continuous hard work and success there is no doubt that he will be honored a number of times in the upcoming days.