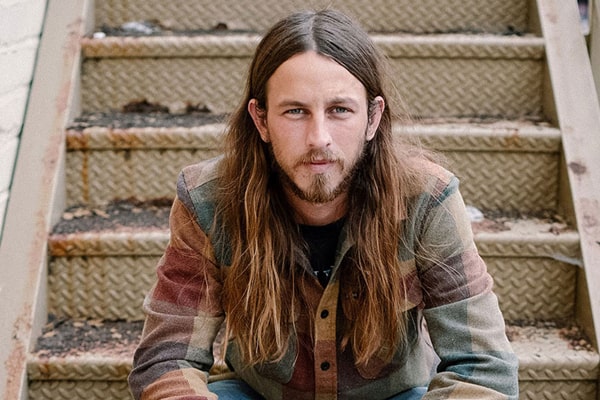 Sport is an integral part of human life. It’s a dream of many to play and earn at the same time. But, very few can live their dreams. Among them is a famous skater, Tony Hawk’s son, Riley Hawk.  Riley is a renowned street skater.

If you are interested in knowing more about the exceptional skater, let’s stick until the end of this article.

Yes, Riley Hawk is impeccably excellent in keeping his relationship status quite a mystery. He has uploaded a picture of a young woman and a little kid on his Instagram captioning, “My Loves.” However, there is no further information if the person is Riley Hawk’s wife or partner. 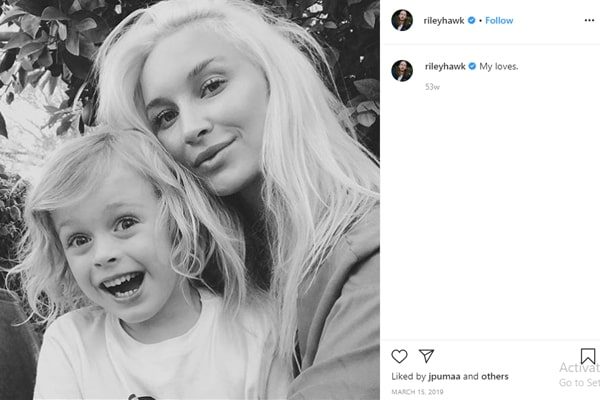 Who could she be? Image Source: Riley Hawk’s Instagram.

Although there are no accounts of Hawk’s girlfriend, he did reveal that he was involved in a romantic relationship in 2013. He said that his girlfriend’s sister knew Lemmy, aka Ian Fraser Kilmister, and got to know him that way. Furthermore, in another article of 2017 with Revolver, he said that he used to have a girlfriend who took up a lot of his time.

So, Riley could be taken and is extremely good at keeping secrets or is still waiting for the love of his life. Either way, let’s hope he remains happy and ambitious in the future.

What Is Riley Hawk’s Net Worth?

Although Hawk’s exact fortune is not determined, seeing him grow significantly in his career proves that his net worth is flourishing as well. According to Sports Rec, a co-founder of World Cup Skateboarding, Danielle Bostic said that a pro skateboarder could make anywhere from $1000 to $10,000 per month. This shows that Riley Hawk’s earnings solely from his skateboarding career are massive.

Along with being a professional skater, Riley has also appeared in multiple television shows and movies. Among Riley Hawk’s television appearance, he is famously known for his appearance in Max Keeble’s Big Move as a skateboard kid. Likewise, his presence in Trailer Park Boys: Out of the Park, Loiter Squad, Returning the Favor, and many more are also remarkable. Therefore, Hawk’s net worth must have raised from all the television appearances.

Besides skateboarding, Riley Hawk earns from sponsors as well. Since famous names are often considered as a nice way of marketing, Riley Hawk is also sponsored by many brands such as Lakai, Baker, Spitfire, Independent, Happy Hour Shades, Asphalt Yacht Club and many more.

Similarly, Riley Hawk is also famous for his music band named Warish. Warish started its journey in early 2018 in Oceanside, California. Tony Hawk’s son, Riley Hawk, leads as a guitarist, vocalist, and songwriter while Bruce McDonnell is responsible for drum. Well, the duo also recorded and released their 11 minute EP in February 2019 digitally in the form of the limited edition.

Besides the tour and skating career, Riley Hawk also collects a few thousand from his band’s merch. Here are a few merches listed along with their respective prices.

Warish has amassed quite a few fans in a minimal period. Let’s hope the struggle continues, and they become a big name in the future. Likewise, let’s hope Riley Hawk’s wealth continues to grow along with his expanding career. In the meantime, Hawk’s father, Tony Hawk’s net worth is a whopping $140 million.

In a world that stereotypes a career, Riley Hawk’s father, Tony Hawk, set him free. Riley was born on December 6, 1992, in Carlsbad, California, the USA, as Hudson Riley Hawk. Riley was a little bundle of joy for a newly wedded couple, Tony Hawk and  Cindy Dunbar. Riley Hawk’s parents met during their high school and shared their vows in April 1990.

Unfortunately, things did not go well between Hawk’s father and mother. Hence, they divorced after three years into marriage in 1993. Hawk’s father is the most influencing skateboarder of all time and is the owner of the skateboard company Birdhouse.

Riley is the oldest son among Spencer Hawk, Keegan Hawk. Along with half brothers, Tony also gifted them a little sister, Kadence Clover Hawk, from his third marriage. Tony Hawk’s son began his journey of skateboarding pretty early, i.e., at a very young age of three. He was already capable of performing advance tricks at the age of 8.

On Riley Hawk’s 21st birthday, he turned pro, and growing up; he is more exciting to watch than ever. Over time, he has gone through several nerve-wracking injuries but has remained resilient.  Although it is unclear which school or college he went to, Riley always enjoyed joining with his dad and uncle.

Riley enjoyed his childhood and learned from his dad a lot. Tony and Riley are pretty close and love one another’s company. Let’s hope love continues, and Riley continues to succeed as a skateboarder and rock musician.