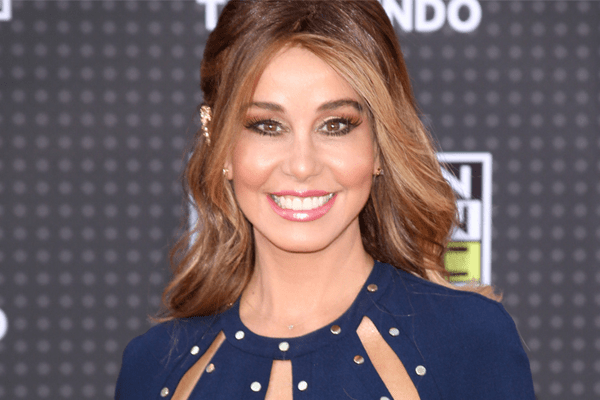 Myrka Barbara Dellanos is the most recognizable face on Spanish Television. Emmy-award winning Cuban American Journalist Myrka is an Author, T.V. & radio show host. Myrka Dellanos net worth is estimated to be $16 million.

Myrka Dellanos is a prominent Cuban American journalist who is known best for her work in Univision’s news program, Primer Impacto.

Dellanos career in the field of journalism has been triumphant. She has gained wide recognition through her philanthropic work and through her various books.

Myrka is an active social worker and turned towards social service and humanitarian causes. She provided necessary help for orphaned children and victims of domestic abuse.

In 2013 Myrka presented spiritual inspiration and hope as a spokesperson for “I Am Second” to needy individuals dealing with life issues, abortion, divorce and child abuse.

Myrka Barbara Dellanos was born on May 27, 1965, in Philadelphia, Pennsylvania. Dellanos is of American nationality and white ethnicity.

She was raised by her single mom and moved from Pennsylvania to Nashville after their parent’s divorce. Besides Journalism Myrka is very passionate about music and was offered full scholarships to study music in many Universities.

In order to target a more stable and practical career, Myrka got into broadcast Journalism.

Dellano had studied broadcast journalism in college and started working as a producer at a CBS Radio affiliate in Miami. Univision Network’s local affiliate in Miami hired Delano as a street reporter after picking some of her stories.

Myrka’s career breakthrough was in 1992 when she worked as a co-host for Univision news program “Primer Impacto“. Myrka remained dedicated to the show despite the end of her initial contract. She wasn’t lured by multiple offers from other T.V. networks.

Dellano co-hosted Primer Impacto until 2005 for a long 12 years. During her tenure, she covered many historic events as the O.J. Simpson trial, Princess Diana’s Funeral and Pope’s visit to Miami.

She worked consistently up to Local Anchor and went to the Network. Her path to National networking had been carved and set by her determination. After anchoring the successful news-magazine program in U.S. Primer Impacto, she decided to leave to continue as a freelance journalist.

Myrka then started working on her books and published her first book Triunfa Y Se Feliz in 2005.  She then hosted many events across the country. Myrka founded the 501(c)3 humanitarian organization in January 2006 which reaches Poverty Alleviation.

Myrka is an active humanitarian and Social worker and cares about the following causes:

Myrka Dellanos had her fingerprints in various organizations and firms, Myrka’s overall career according to her Linkedin profile is elaborated on the table below:

Since her start of Career in Journalism, Myrka has been active in social and humanitarian works, the table below provides information on all her volunteerism works:

Myrka Dellanos return to Univision after 13 long years of Departure

Former co-host Dellanos is set to return on Univision after 13 years since she left for freelancing. Dellanos is expected to co-host the Premio Lo Nuestro red carpet with Raul Molina on Thursday, February 22, 2018.

Dellanos seemed very excited to come back to Univision as she took her time to post a Red carpet throwback on her Instagram.

Myrka is noted as one of the first hosts of “Primer Impacto” in the 1990s along with Maria Celeste Arraras. Her tenure lasted till 2003 and left to work as a freelance journalist.

Speculations are that her relationship with Luis Miguel had triggered Myrka’s departure from Univision.

Myrka Dellanos Net worth and Earnings

Her work in Primer Impacto has been a major source to accumulate such a massive net worth. Myrka’s source of income as an author also adds up to her net worth.

Prices ranged from $19 for a set of simulated period oval-shaped drop earing to $59 for a goldtone. A simulated coral pendant necklace for $119. Myrka Dellanos net worth is approximately $16 million including her endorsements and personal investments.

Myrka Dellanos is a married woman. Dellanos got married to her first husband, Dr. Alejandro Loynáz in 1991. The couple went on to have a daughter named Alexa Carolina . Myrka Dellanos daughter is quite famous in the field of glamor and fashion.

The couple went on to have a divorce in 1998. Dellanos then married her second husband, David Matthews in 2000. However, the marriage turned sour and the couple got divorced in 2002.

Soon, Dellanos was seen in a publicized relationship with Mexican singer Luis Miguel. The relation did not last very long and ended in separation.

The marriage was made public when she was seen with Alonso on the cover of People en Espanol on 2nd  July 2008. Due to domestic battery assault, Alonso was charged on 25th August 2008.

The 911 call made by Dellanos was released by the police on 29th August. Myrka Dellanos filed for a divorce on 18th March 2009.

Myrka Dellanos received many awards and honored during her lifetime for her exceptional contribution in the field of journalism.

Dellanos won the Hispanic Leadership Award from the Hispanic Heritage Council. And has also been named ‘Person of the Year’ in 2003 by the Organization of Ibero-American Journalists.