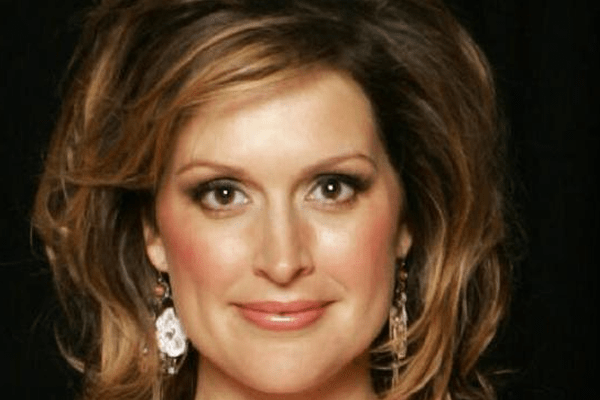 Kate Fischer net worth rose with her acting and modeling career while her prestige increased as she turned to aged care worker.

The 43 year old Australian-American model and actress changed her name to T’ziporah Malkah bat Israel. She is the cast member of reality television show. After leaving the glamorous world of acting and modeling, Fischer these days is renowned as aged care worker. Some of the films Fischer has appeared in are Sirens (1993), Dust of the Wings (1997) and The Foreigner (2003).

Kate Fischer was born on November 30, 1973 to later politician Pru Goward and university lecturer Alastair Fischer. She grew up in her birthplace Adelaide, South Australia alongside her siblings Penny Fischer and Alice Barnett. Kate attended Narrabundah College after finishing her schooling in Canberra Girls’ Grammar School.

From the early teen age, Fischer was an achiever. A proof for this is her winning Dolly magazine cover girl contest in the year 1988 when Fischer was 14 years old. Following the step ahead, Fischer became a high-profile model in a small age. She was a top model at the age of 16 and Sydney was her work station. As a result Kate Fischer net worth raised in the very young age with her successful cover shoots for Vogue Australia, GQ, Black & White and Elle magazines. Nevertheless, her recognition as a model was not fleeting. She became the face of AMP Capital Shopping Centers in Australia.

Kate Fischer net worth hike up even more with her association with big screen. She got a role in Australian film Sirens in 1993 with Elle Macpherson and Hugh Grant. The beautiful and talented actress got role in a soap opera Echo Point in 1995. In addition, Fischer also appeared in comedy specials Breasts in 1996 and Whitlam Dismissal the same year.

Host of the Looney Tunes cartoon What’s Up Doc? for 1996-97, Kate Fischer net worth heightened with her increasing recognition. She appeared in another Australian film Dust Off the Wings in 1997 and starred in Blood Surf in 2000. The versatile actress got different roles such as blind girl in The Real Thing (2000) and CIA agent in The Foreigner (2003). Kate Fischer recognition rippled as her appearance became frequent. She got a role in three episodes of drama series All Saints in 2002.

Apart from acting in big and small screen, Fischer was a guest judge on program Song for the Socceroos in 2006 and contestant on the show It Takes Two. Shortly after, she hosted the show Top 40 Celebrity Countdown on the Seven Network. Fischer also got popular in YouTube as she aired a short comedy video Supermodel Hotdog on YouTube. It was a self-satirical video as a celebrity and movie star. All these involvements of Fischer in media accumulated Kate Fischer net worth and popularity.

In 2017, Kate Fischer got into the Australian version of TV show I’m Celebrity…Get Me Out of Here! as a contestant in which public voted and rescued her on 31st day from the African jungle. On the other hand, Fischer’s popularity gained a new height as Australian painter Paul Newton painted a portrait of Fischer in 1997. Kate Fischer net worth did not only get higher with her acting and modeling career, but also her recognition among fans and artists. The painting “Fischer and Barbie” led Newton to the final round in annual Archibald Prize exhibition. The portrait is currently in James Pacher’s private art collection. Moreover, Newton worked on another portrait of Fischer entitled “Homage to Madame X” which Kate’s mother, Pru, owns now.

The popular beauty Fischer was engaged to a rich businessman James Packer; however, they separated in 1998 after two years of engagement. Since then, Fischer became American citizen after spending most of her time in the United States of America. Not only this, Fischer converted to Orthodox Judaism and re-named herself T’ziporah Malkah bat Israel.

One a high profile Aussie model Kate Fischer has struggled with rapid weight gain. She confronted that she gained weight due to high indulgence in vodka and cheese. Recently, she is living in Toorak, Victoria in Melbourne working in the aged care home.

The successful model from the early age must have accumulated a massive wealth. Nevertheless, the exact information about her net worth is not available anywhere. No doubt her active career in modeling and acting for years must have gathered millions of dollar.

The gorgeous model’s success was destined from her age of 14. With a number of appearances in TV shows and films, Kate Fischer gained not only popularity but also established her career.