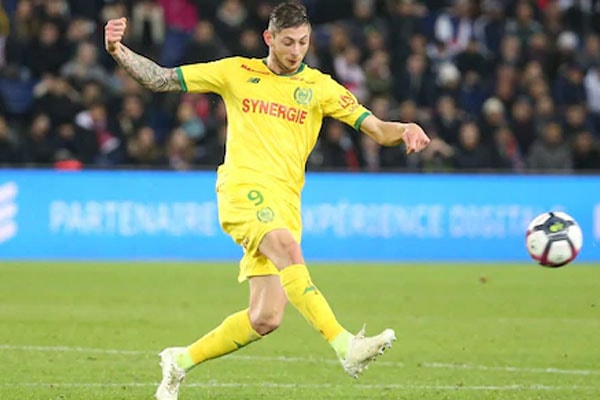 An Argentine football player Emiliano Sala was born on 31st October 1990 in Cululú, Santa Fe Province, Argentina. He was popularly known as a striker of French football Nantes. Tragically Sala died on a plane crash on the 21st of January 2019.

Emiliano Sala was about to join premier league club Cardiff City. Gabriel Batistuta was a great inspiration and idol to him.

Emiliano Sala was raised in the town Progreso along with his two siblings, a brother, Dario Sala and a sister, Romina Sala. Sala was born to parents Horacio Sala and Mercedes Taffarel. His family moved to Progreso from Cululú, Santa Fe Province and he has Italian nationality.

Sala began playing football from the very young age from the club San Martin De Progreso. Later he moved to San Francisco and joined football school Proyeto Crecer. After joining a football school, he was recruited in the club Gironde de Bordeaux which is directly affiliated to school. Between this period he played for two clubs CD Soledad B and Crato.

Although he was playing football from the very young age, Emiliano Sala began his official football career from the club Girondins de Bordeaux. In 2010 he was signed to play for Bordeaux. However, he didn’t make it to their first-team and made the club debut in 2011 after a year of playing in the reserve team. 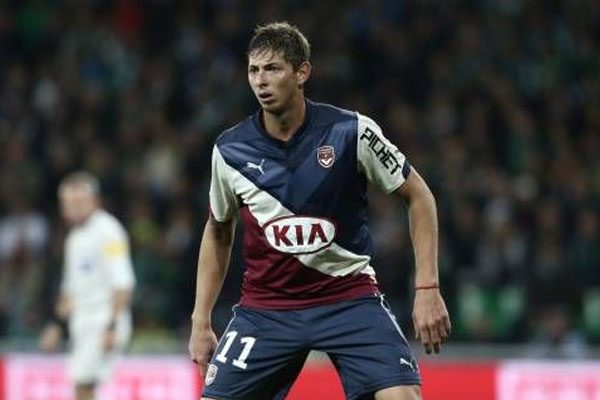 Emiliano Sala while he was playing from Bordeaux. Picture source: Yahoo Sports.

Emiliano was unable to establish himself in the club and was transferred to join the club US Orleans in a loan. He made nineteen goals in 37 appearances and helped the club to end on eighth place in Championate National. In 2013, Sala joined the League 2 club Chamois Niortais on loan. He made 18 goals in 37 appearances including eleven goals in the last twelve match and a first hat-trick of the career also setting the club record for the most goals in a single season.

After that, Sala was brought back to Bordeaux and played several matches. In July 2015, Sala joined Ligue 1 club Nantes. He scored 42 goals in 120 appearances for the club. He was the joint-highest goal scorer in the Ligue 1 tied with PSG’s Kylian Mbappé last season.

On January 2019, Sala joined the Premier League club Cardiff City with club record transfer fee which is estimated to be £15 million. Sala rejected a bid from the Chinese Super League to join Cardiff City. Although he was offered a high amount of transfer fee and salary, he joined the premier league due to his desire to play in the English league. He was about to join the training camp in Cardiff City after completing the medical test.

Emiliano Sala died on the deadly plane crash on 22 January. After completing the medical test, he flew to France with pilot David Ibbotson on 19th January 2019 to meet his Nantes teammates and collect personal belongings.

While Sala was flying back to Cardiff, on 21st January, the plane on which he was boarded disappeared. The fans and supporter tributed outside the Cardiff stadium following Sala’s disappearance. 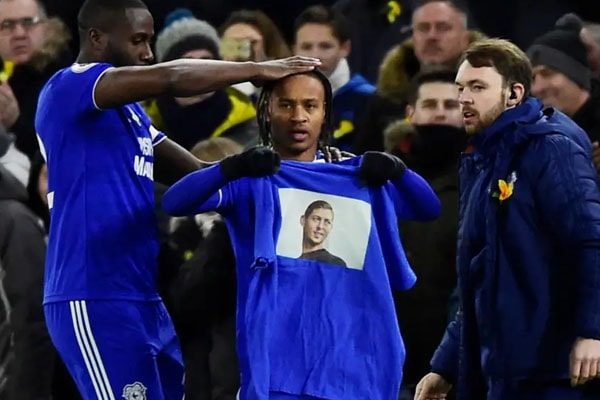 After the continuous search of two weeks on 7th February, the wreckage of the plane was found. The body was recovered from the wreckage. Later the body was identified as Sala’s body.

Although he is dead, he is still alive in the heart of many football fans. His records will remain as an immortal inspiration. Rest in peace Emiliano Sala and pilot David Ibbotson.