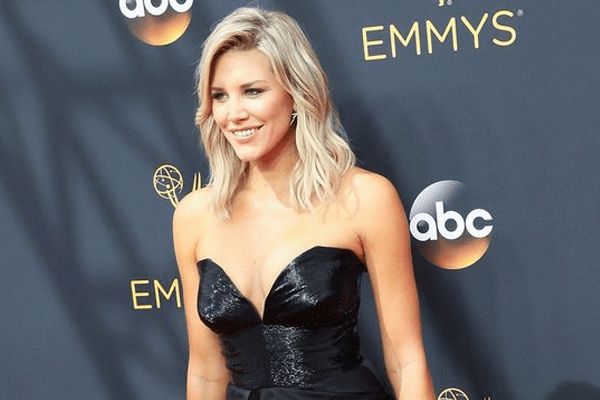 The popular television host Charissa Thompson career path is not straight as it seems. She has gained her position and fame with all her hard works and struggles. As of now, this very television host and a sportscaster has achieved a lot thus making her net worth reach in the range of millions of dollars.

Charissa Thompson is an American television host and a sportscaster who has worked with Fox Sports 1 and NBC. Thompson has maintained her professional life quite well but her personal life has been thrown some shades that people often loves to talk about.

Charissa Thompson was born on 4th of May, 1982 in Seattle, Washington.

Charissa Thompson, a talented television host has been following her passion for being a broadcaster. It has been her dream from an early age. For her high school education, she went to Inglemoor High School situated in Kenmore, Washington.

Thompson went to Washington State University before moving to California. She attended a community college there and then got transferred to University of California, Santa Barbara. She graduated from there n 2004 with B.A. in Law and Society.

She joined ESPN in June 2011. She was a co- host in the show named Numbers Never Lie. She left ESPN and returned to Fox Sports in 2013. She was the co- host of SportsNation before leaving the ESPN. She then became the host for Fox Sports Live on the new Fox Sports 1.

Charissa Thompson personal life is full of some beautiful and some not so beautiful shades. Thompson is one of those famous people who doesn’t feel embarrassed to talk about their failed relationships. On the top of that Thompson boldly admits her mistakes as well.

Thompson has been keeping her married life very secret one until she herself revealed about it. In an interview, she admitted that her ex- marriage was something not very matured. The decision was her childish act. She plunged into such a big decision without much of the thinking and it ultimately resulted as the biggest mistake of her life.

She said, ““Oh, yeah, at 25, it was the best and worst decision I ever made. I learned quickly that I don’t need to be married again, but there are people who come into your life for a reason. I love my ex-husband and it has taken us a long time to get back to being friends. I went to break up with him one night when we were going out. He recognized it and said, “Are you going to break up with me?” I said, “Yeah, it’s not working out.” Well, I ended up walking out of that restaurant, drove to Hollywood, got a tattoo on my finger and got married that Saturday. That was me literally living in the moment and thinking, “Maybe he’s right, and maybe I am always running away from relationships. Sure, let’s get married.” Whoops”.”

This statement of hers simply explains how she went crazy at the time and ended up being married without much of a thought. However, she did not disclose the name of her ex- husband. She explicitly accepted that her busy schedules were one of the major reasons why her first marriage failed in the first place.

After this revelation, people started to become very interested in Charissa Thompson personal life and her ex- husband.  Some rumors also follow that Thompson’s story about her ex- marriage is hypothetical. After legally splitting with her ex- spouse, Thompson started dating an ESPN basketball analyst, Jay Williams. Thompson met Williams in 2011, while she was working for ESPN. The couple broke up after dating for more than a year.

First off, I’m so glad @foxsports gave us a photoshoot a few years back because this picture has been recycled 95 times. But the point here @erinandrews is we’ve been through a lot.. and worn A LOT of hair extensions apparently! My lawwwwd. But through multi job changes, football fields, a divorce, boyfriends now your soon to be wedding… I’m so glad we’ve been able to lean on each other and share a birthday my love. Always here for you & thank you for getting me when I text you “we’re good here” !! Love you Gisele. Happy Birthday ❤ and P.S. if you want to borrow my hoop earrings for the rehearsal dinner you can ? #Claires

Thompson revealed how she and Jay faced harassment for being an interracial couple in an interview with Sports Illustrated. They are friends now but Thompson has not been reported of getting into any romantic relationship with anyone after the breakup. These days, she is the close friend of Larry David who is a comedian and an actor by profession.

Tags: Charissa Jean Thompson is an American television host and sportscaster with Fox Sports 1 and NBC