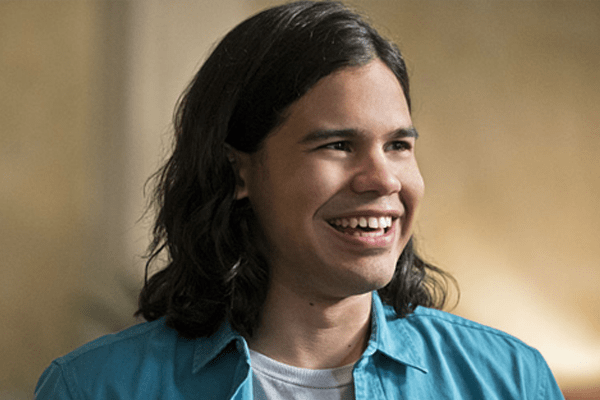 ‘The Flash’ which is a very popular CW television series, has made actor Carlos Valdes biography one of the popular searches made on the internet. Carlos Valdes is the acclaimed Colombian-American actor and singer.

Actor Carlos Valdes is born on April 20, 1989, in Cali, Colombia. He is in his late twenties now. The actor Valdes moved to Miami from Colombia at the age of 5. Then again he moved to Marietta, Georgia at the age of 12. Hence, his childhood was a fun filled as he got to know many new places.

Going into the early life and education of Carlos Valdes biography, it is even more interesting. His success has a strong base right from the beginning. For the high school education, the actor got enrolled in Pebblebrook High School in Mableton, Georgia. For the university education, Carlos Valdes went to the University of Michigan which is said to be one of the fine universities. He went to the University with some actors from the theater group StarKid Productions. The actor got graduated in the year 2011. Valdes was very serious about his career in acting. He had that aspiration to reach his goals and he really worked for it.

Valdes devoted his 100% effort and time to the theater after graduating in 2011. The years between 2009 and 2011 were something that impacted highly in Carlos Valdes career as at that time he struggled a lot to learn more and achieve more. The actor participated in theatrical productions like High School Musical and The Wedding Singer in between the years, 2009 to 2011. Also, he was a stand-in in the national tour of Jersey Boys.

Similarly, acting career is the prominent part of Carlos Valdes biography. He has played successfully in various series. He made his television debut in the American series, Arrow which an action crime television series. He played in the series from 2014 to 2016. He played the role of Cisco Ramon. Valdes has been playing the main role of Cisco Ramon/Vibe/Reverb in the series the flash which is based on the DC Comics character Barry Allen / Flash, a costumed superhero crime-fighter with the power to move at superhuman speeds. He has been taking the role from 2014 till present.

He is also known for the role of Cisco Ramon in two episodes of web series, Vixen from 2015 to 2016. Actually, Valdes lent his voice to Cisco Ramon in the animated web series Vixen. He had the same role in two episodes of DC’s Legends of Tomorrow in 2016. The actor also appeared in Supergirl with the same role in 2016. Carlos Valdes biography is simply the tale of lists of contributions and achievements through hard work and perseverance.

Carlos Valdes personal life is seriously personal. He literally keeps most of his personal stuff away from camera despite being the actor and favorite among many people. He really knows how to keep his personal life away from the professional life. The actor is possibly single as no news of confirmed relationship has come to light. Not only this, he has never made any information related to past relationship official, so nothing could be said for sure. This might be because of two reasons. First, he simply is a mysterious person. Second, he has not been into any sort of relationship yet.

Got to visit @MoMath1 this week. It's like a Cisco Ramon wonderland. A fascinating glimpse of all that math can do! https://t.co/GAZSXThvf7