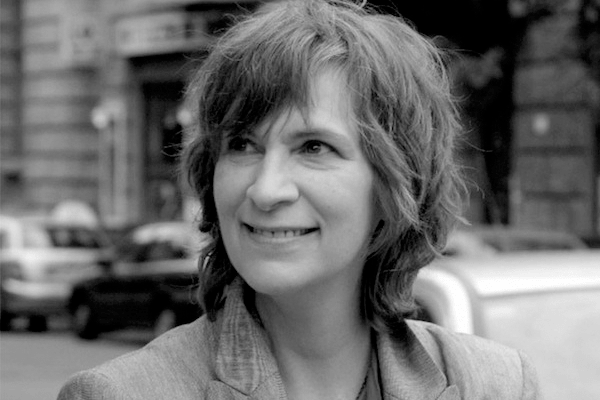 American actress, Amanda Plummer movies Pulp Fiction (1994) and The Hunger Games: Catching Fire (2013) have made her a remarkable actress on stage.

Born in 1957, Amanda Plummer is best known for her roles in movies Joe Versus The Volcano (1990), The Fisher King (1991), Pulp Fiction (1994) and The Hunger Games: Catching Fire (2013). The brilliant actress Amanda Plummer movies have garnered her wide fame in addition to a number of awards. She is the winner of Tony Award in 1982 for her performance in Agnes of God.

Amanda Plummer was born Amanda Michael Plummer on March 23, 1957 in New York City, New York, U.S. The 60 years old actress holds American citizenship. She grew up as the only child of her parents Christopher Plummer and Tammy Grimes. Both of her parents were actors.

Plummer went to The Neighborhood Playhouse School of the Theatre in New York City where she studied acting.

Amanda Plummer earned positive review for her performances in Cattle Annie and Little Bitches (1981). Moreover, she earned acclamation for The World According to Garp (1982), Daniel (1983) and The Hotel New Hampshire (1984). The other Amanda Plummer movies are Girlfriend, Butterfly Kiss, Vampire, Ken Park and My Life Without Me. Her movie, Pulp Fiction became a success project and rose her prominence.

Amanda Plummer movies are not the only projects that rose her fame and worth; she also got involved with Broadway. Plummer made a Broadway debut in 1981 in A Taste of Honey. The play ran almost for a year where she played Jo.

In 1983, she played Laura Wingfield in the revival of The Glass Mengerie and Dolly Clandon in You Never Can Tell in 1986. Similarly, she portrayed Eliza Doolittle in Pygmalion (1987) for which she received Tony Award nomination for Best Performance by a Leading Actress in a Play.

Plummer’s Off-Broadway plays are A Lie of the Mind, Killer Joe, Summer and Smoke and The Milk Train Doesn’t Stop Here Anymore. Moreover, she landed a role The One Exception.

Recently, Plummer appeared as Wiress in The Hunger Games: Catching Fire (2013). The movie is the adaptation of novel by Suzanne Collins. On top of landing roles in popular movies, Plummer also starred in Off-Broadway revival of The Two-Character Play in 2013. She appeared with Brad Dourif in the play that ran at New World Stages. The play received critical acclamation.

Similarly, she is the recipient of Theatre World, Drama Desk, Outer Critics Circle and Boston Critics Award for her portrayal of Agnes in Agnes of God. In addition, she won Tony Award for the same role.

In 1996, Amanda Plummer movies appearances lifted her status as actress as she received Emmy Award. She received the award for her guest appearance in an episode of The Outer Limits. Likewise, she earned another Emmy in 2005 for her performance as Miranda Cole in an episode of Law & Order: Special Victims Unit.

Amanda Plummer movies performances earned her generous number of awards. She is the winner of the Saturn Award for Needful Things where she portrayed Nettie. Similarly, she won Cable Ace Award for The Right to Remain Silent (1996).

Amanda Plummer is an unmarried woman with no children. She has never married throughout her life. However, she was in relationship with British director, Paul Chart from 1995 to 1999. Before Chart, she was romantically involved with Irish actor, Peter O’Toole from 1979 to 1982.

The award – winning performer/actress Amanda Plummer has earned fairly good sum through her acting career. According to the available data, she has a net worth of US$2 million.