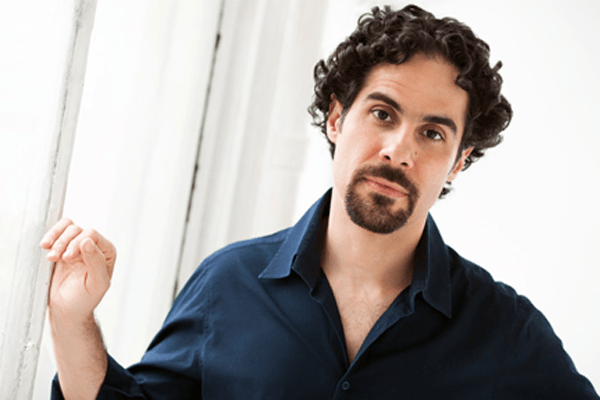 Alex Lacamoire is an American-Cuban Musician. Apart, he is a Composer, Orchestrator, Arranger, Conductor, Musical Director and Music Copyist. His work on In the Heights, Hamilton and Dear Evan Hansen was highly appreciated for which he won Tony Award and Grammy Award. Alex Lacamoire net worth is rapidly increasing with the increment in love and support from the viewers. A detailed bio is given below.

Alex Lacamoire, at the present date, music supervisor of Lin-Manuel Miranda’s Hamilton. He is a unique personality appearing many shows both on and off Broadway. Entering the entertainment industry in 2001, he is the one who has been captivated in every individual’s heart to the date today. Slowly and slightly, Alex is attracting the whole world with his soothing musical tone. He is the one who has been able to earn huge in a very short period of time.

Alex Lacamoire was born on May 24, 1975 to Alfredo O. Lacamoire and his wife Maria J. Lacamoire in Los Angeles, California, United State. Later, when Alex was 9, the family moved to Miami, Florida.

Talking about Alex educational background, he joined Southwood Middle School following New World School of the Arts. Eventually, he graduated from Berklee College of Music soring the highest GPA i.e. 3.97 in 1995. Next, he engaged himself in Jazz, Arranging and Film Scoring.

Alex appeared as Music Director, Arranger and Orchestrator through his early Broadway career. He covered Bat Boy: The Musical for which he also served as Musical director of the 2001 Original Cast Recording. Eventually, the 2001 National tour of Godspell: Stephen Schwartz’s Captain Louie for which he orchestrated the 2005 Original Cast recording and Legally Blonde.

Similarly by 2005, Alex got listed as the Music Director of Wicked and Music Supervisor for musical High Fidelity by 2006.

Further, for the Broadway production, he won his second Antoinette Perry Award for excellence in Richard Rodgers Theater for Best Orchestrations in 2016. Similarly he won Grammy Award and Tony Award (2016) under the category best musical Theater Album and Best Orchestrations for his work in Hamilton.

As of present, he is the music supervisor of Dear Evan Hansen wining Tony Award (2017) for best Orchestrations. And will be the director of Carmen Jones. Alex reunited with Lin-Manuel Miranda on his song Almost Like Praying. In order to help Hurricane Maria relief and recovery operations in Puerto Rico.

Reviewing back to their love-life history, the couple first met at Birdland in 2008 in New York Club. In a single meet, they felt special for one another. But Ileana was the first one to take their relation ahead. Somehow, she managed to get his Facebook account which relatively push them to their marriage.

The couple married in Battery Gardens only by inviting their closed ones. And till date the couple are enjoying their partnership.

Though, the couple are together for long duration, they are not blessed with children yet.

Alex Lacamoire Net worth is not disclosed yet. However, Alex Lacamoire net worth might be high because of his successful professional career.

According to the record he is supposed to receive $790,000 per year for his work on Lin-Miranda’s Hamilton. Thus, we can simply guess Alex Lacamoire Net worth is quite huge.

Alex Lacamoire Net worth is serving him to live a delightful life.

Come one, come all!
I’m a proud producer on these GEMS by the brilliant @pasekandpaul!
Thanks for asking me along, boys https://t.co/xUaCF35I5h