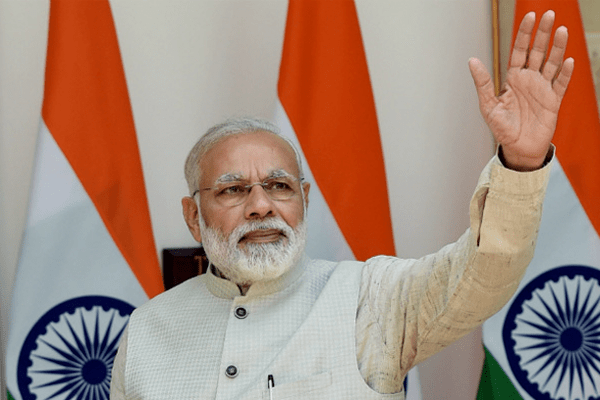 Narendra Modi come into power by winning Lok Sabha election with a massive mandate in 2014. He gave a positive message to the public: “We are not here for any positions but for a responsibility.” It has almost been 3 years that Modi government came into power. After that, he had launched various initiatives which has become the major things of Modi’s government.  The efforts include some initiatives that were positive and came into implementation. Others few initiations led to criticism.

Here are the major things that Modi government has done for India.

On 25th September 2014, Modi launched the Prestigious “Make in India” program at Vigyan Bhavan. The objective of this initiation is to invest in technology improvement to attract capital. The national program was started to facilitate the national investment, research and development by Narendra Modi. He created skill- based jobs by establishing industrial arenas. Similarly, he ensured the originality of the products. This concept reached throughout the world and it has got affirmative response from foreign companies. Boosting of manufacturing industry and foreign investment in India is due to the major Labor Law Reforms in the pipeline.

On 2nd October 2014, Modi had launched Clean India Campaign. Crud is considered as the major problems of India. This campaign was launched nationwide, it became a challenging issue for waste management.  Some said it a masterstroke from Modi as it put him at par with Mahatma Gandhi in public thought. This campaign gave the message to public to focus on sanitation, hygiene and health. To promote this initiation, Modi had selected worthy personalities from media, business, sports, film industry and other celebrities. Positive outcome came after launching this campaign as compared to last year. Now, you can observe public toilets in many areas and cleanliness of major cities.

This is the foremost priority of Modi government. The main objective is to make India as an exporter’s arm. Till this date, the work of diamond quadrilateral rail corridor and other high speeds trains are in the process. Modi’s dream project is to make 100 Smart Cities and clean River Ganga Mission.

on 15 August 2014, Narendra Modi launched Jan Dhan Yojana. The main objective of this program is to provide pension, insurance and other financial aids.  After Modi government came into power, it has been a mandatory to have at least one bank account per house.  Nearly, 30 crore families have been connecting with it and almost RS. 65,00 crores have been deposited in the bank till this date. Also, RuPay debit holders cover up the insurance up-to RS. 1 lakh in case of accidents which is the major thing Modi government has done in India.

Modi’s government has got the major push to the tourism sector. They work on the strategy for making India a tourist destination in the world. Some major changes were done for getting Visa system easily. Now, Indian government is chosen as a major leading nation for getting the service of visa-on-arrival. This can be a key step for India in the progress of tourism development. After this push to tourism, there is increase in number of tourists visiting in Indian.

After the Modi government come into power, Modi has initiated the toilet building campaign. It has been declared to build 10 crore toilets by 2019. It can be an unbelievable rate of construction of one toilet per second. This campaign also supports the Clean India Campaign for improving the health, sanitation and hygiene of the people. IT giants TCS have decided to construct 10,000 toilets in girl’s schools throughout the India and they also gave positive response to Modi for coordination. Nearly 100 crore funds have been allocated for this purpose. Oriental Bank of Commerce declared to contribute in building toilets by providing 2 crores. Adani Group, Bharti Foundation, Reliance group and Vedanta Group have committed to support for campaign of building toilets.

This policy focused on improving the relationship between the neighboring countries. So that it will be beneficial for India to get investment from the world. During Modi’s visit to America, he met with American business leaders and leaders from Germany to be a part of make in India. During his visit to France, he met with aerospace giant to find the manufacturing opportunities in India. He has been establishing diplomatic relationship with other nations which is the major thing for social reform. He has been spreading the message throughout the entire world that India is more ‘competitive’, ‘confident’ and ‘secure’.

Narendra Modi introduced various economic policies for strengthening economic condition of India. Privatization of public companies, increasing FDI limits for Defense, Insurance and Railways are the major things of reforms.  The Indian government has agreed to provide 52% equity from Banks. Along with this, tax benefits were also offered and real estate trusts were also approved.

NITI (National Institution of Transforming India) Aayog, has been formed by Modi on 1st Jan 2015. NITI is considered as the think-tank policy of Government of India. NITI replaced the Planning Commission. Along with GOMs and EGOMs, the panel was abolished. This caused policy paralysis under UPA rule. This Aayog is led by PM Narendra Modi. It is composed up of the members including top-notch economists, consultants and advisers along with the lines of US think-tanks.

Being an integral part of India, Kashmir has numbers of complaints against the previous Indian government from both center and state level. When the flood caused devastations in the valley, Modi immediately gave genuine response for the relief and protection of flood victims. He had been continuously monitoring the flood affected zones and people. Modi proved himself that he has been committing his life for the betterment of the nation by deciding to spend Deepawali with flood survivors of Kashmir. The major thing is that there is now a connection between Kashmir people and Indian politician. But it really took a long long time.