Home / Health & Beauty / Health Effects and Benefits of Fish oil’s on our Health :Where do we stand?

Health Effects and Benefits of Fish oil’s on our Health :Where do we stand? 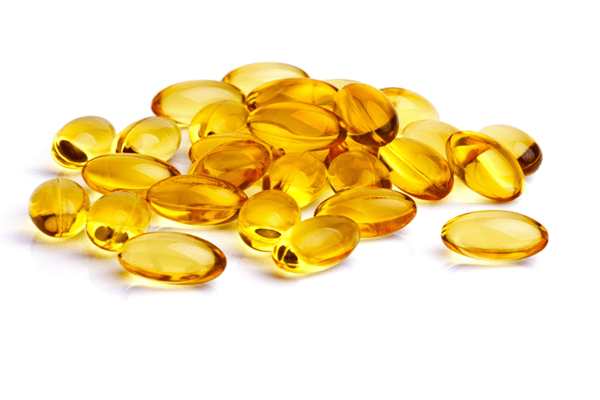 There have been a huge number of researches over the past few years, which have stressed on the importance of fish oil as a product which ensures the overall well-being of a person.

The Dietary Guidelines for Americans 2015-202 advises a normal adult to eat about 8 ounces of seafood for a week. This guideline ensures that two essential omega-3 fatty acids called docosahexaenoic acid (DHA) and eicosapentaenoic acid (EPA) are embedded into your diet.

Omega-3 fatty acids play an important role in normal growth, brain function, metabolism, development and helps curb inflammation, according to a study put forward by the National Center for Complementary and Integrative Health. As our body itself cannot produce these, it has to be consumed.

Nowadays, most people have moved on to prefer taking fish oil supplements instead of the weekly requirement of fish products. According to a study published by National Institute of Health study, 7.8% of Americans used fish oil on 2012 while other studies indicate the number to be as high as 23%.

Before and during the 18th Century: it is curative for ailments

According to the National Museum of American History, Northern European fishing communities, especially Germany and Britain had been using fish cod liver oil in order to treat rheumatism rickets, gout, and tuberculosis.

It has also been known that it was used as a curative for wounds, body aches, cold, skin diseases and it was mass produced on the 1700’s to the 1800’s.

In the beginning of the 19th century, the technology of its production took off as a commercial industry. According to the Food and Agriculture Organization of the United Nations, increased production of herring, created fish oil production activities to start off in an exponential rate in northern Europe and North America.

The residue of the fish oil was initially used as a fertilizer. As of now, however, the leftovers are dried off to be used for animal feeding purposes.

While older traditions of consuming fish remain the same, in the 20th century, unpalatable fish started being refined into fish oil according to a UN report. A number of new opportunities in the field of automation, energy saving, and environmental protection have made industrial fish like pout, anchoveta, menhaden and sand eel to be reduced to oil by heating, pressing and grinding.

In the previous centuries, Europe essentially dominated the production of fish oil. In the 20th century, however, Peru and Chile came out to the forefront in the fish oil business and exported about 18000 metric tons worldwide.

While it was believed that fish oil, supplements during pregnancy prevented postpartum depression, it was revealed by a 2010 study published in the journal of American Medical Association that so is not the case. A group of 2000 pregnant women was studied and the results were revealed. The supplements, however, were associated with a reduced risk of preterm birth.

It was also proven that actual seas food is more beneficial than the fish oil itself.

A review published in the Journal of the American Academy of Child and Adolescent Psychiatry revealed that fish oil supplements are modestly effective in the treatment of attention-deficit/ hyperactivity disorder.

10 clinical trials were carried out in 699 participants to come to the conclusion. Inattention and hyperactivity were also found to be somewhat cured by the consumption of fish oil according to Yale child Study Center.

A study published by journal Pediatrics associated the consumption of fish oil supplements in a pregnant lady, to fortified immune systems and lesser baby cold in babies.

A study published in journal Neurology stated that people who eat diets short of omega-3 fatty acids were liked to have accelerated brain aging.

Blood of 1575 people was tested by a group in the University of California. Consequently, MRI brain scans and cognitive test results were carried out to come to the conclusion that those who consumed more fish oil supplements had more brain volumes.

It was also noted that high-dose of fish oil supplementation helped a 17-year-old survivor of coma according to his family.

2013: Fish oil supplements can cause risk of prostate cancer

Consuming a lot of fish oil supplements was associated with a risk of developing prostate cancer, about 43% increased risk according to a study published by Fred Hutchinson Cancer Research Center. Blood samples of men taking part in the Selenium and Vitamin E Cancer Prevention Trial were sued to come to this conclusion.

It has also been linked to transforming fat storage cells to fat burning cells. This might cause a reduce weight in middle age according to the research conducted in mice.

Fatty foods were fed to a group of mice and another group was fed non-fatty fish oil additive. The latter group had a lesser increase in weight according to Scientific Reports.

2016: Fish oil during pregnancy lowers the risk of asthma in children

According to a Danish study published in New England Journal of Medicine, women that consumed fish oil in the third trimester of their pregnancy had babies with a lesser risk of asthma.

Nancy Cooperman, assistant vice president public health and community partnership at Northwell Health, advises people to use pharmaceutical-grade fish oil supplements that tend to be purer. However, she also cautions consumers not to fall prey to all claims as the studies have been found to be effective only in a small group of people.

She suggests that omega-3 fatty acids are necessary nutrients which need to be consumed as fish, rather than supplements.