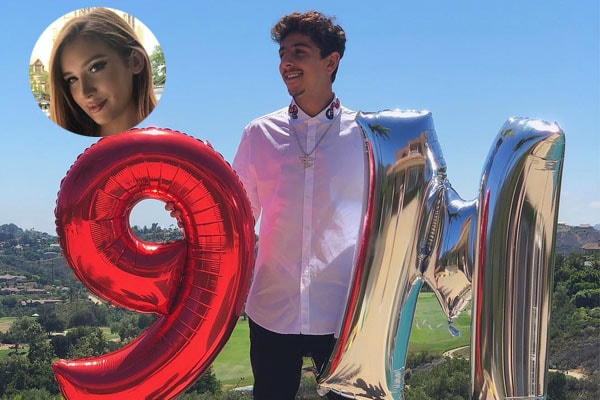 Director of the famous FaZe Clan, YouTuber FaZe Rug’s girlfriend Molly Eskam is not just hot but super-duper hot. The exact dates of the pair dating are lacking but they both frequently appear on one another’s social media profile.

FaZe Rug is a 21-year old YouTuber who gained fame by posting prank videos on his YouTube channel, whereas Molly is a 19-year old model.

After looking at the pictures of Molly Eskam, even you will question yourself if the hot and pretty youngster is really 19 or not.

The thing is, Molly Eskam is a hugely talented model. She is a lingerie model based in the US.

Because she is able to present herself in such a pleasing way, the model has also got a huge fanbase on Instagram and YouTube.

In comparison to her Instagram account, her YouTube channel has slightly fewer numbers of fans, but it’s only a matter of time when the hot model will cross a million fans on her social media profiles.

Thanks to her flawless body Molly has been an eye catcher in the modeling industry. She has an estimated net worth of $500K.

Well, that is just for now, the way Molly is paving her way in the modeling industry, a milestone of being a millionaire is not that far.

Molly’s boyfriend FaZe Rug is also a no common man either, with an estimated net worth of $3 million, Rug is one of the top earners on YouTube.