Home / Entertainment / Will Forte’s dating affair with girlfriends! Wanting to get married?

Will Forte’s dating affair with girlfriends! Wanting to get married? 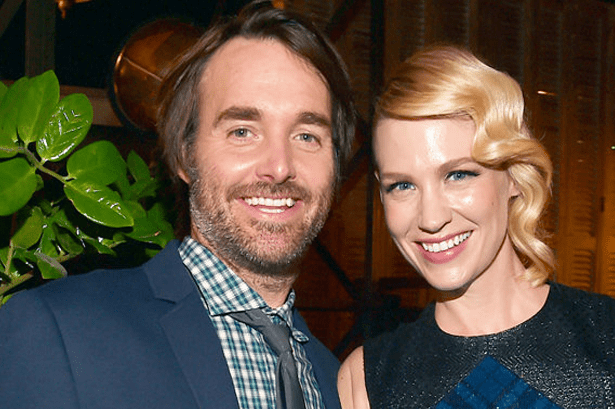 The very handsome and hot, Will Forte is known to have an affair with many co-actors. Forte has been moving from one relationship to the other in the past years. Also, Will Forte has been linked with many actresses that he has been working with. Forte might be searching for his soul mate. Let us find out the details of Will Forte’s dating affairs!

The very handsome and desirable, Will forte known best for his role in The Last Man on earth has surely a chance to meet charming ladies of the industry and he has utilized this opportunity equally well. Amidst all the rumors about dating and affairs, one of his solid affairs was with actress January Jones.

In April 2015, the US Weekly revealed that Will Forte had been secretly dating the phenomenal beauty, January ones. The couple was also spotted in many events posing together for the tabloids. However, they did not make their relationship official. The couple had no announcement to make. For around five months, the couple were constantly seen together in various events and looked super bubbly together. The couple was reluctant on speaking about their relationship in front of the paparazzi.

However, the relationship seemed to come to an end in September 2015. The entire relationship of Will and January has brushed away. Both of them parted ways.

Will Forte then moved on to girlfriend number two, Jaimie Alexander. Alexander best known for her role in Blindspot began appearing in the tabloids being linked with Will Forte in July 2016. US Weekly came to the rescue and announced that they were secretly dating. A lot of secrecy for Will Forte!

An inside source to Will Forte and Jaimie Alexander reported that the couple like each other very much but were not serious about having a relationship and were “ just having fun”. They sure seemed to have a lot of fun in various events. However, they have not made any confirmation to any sources that they are in a relationship.

Will Forte has chosen not to speak on the matters relating to his private life. Forte looks mostly buy in his professional life. He has been working on his 2017 endeavors, Sexy Valentine’s Day Special, and A Futile and Stupid Gesture. By the looks on his dating history, Will Forte does not seem so much interested in getting married at present!


Tonight! 9pm EST my buddy stevebyrnelive has a new hour special "Tell the Damn Joke" on showtime --Please give it a look! TellTheDamnJoke pic.twitter.com/iSsCTtHKan

Tonight! 9pm EST my buddy stevebyrnelive has a new hour special "Tell the Damn Joke" on showtime --Please give it a look! TellTheDamnJoke pic.twitter.com/iSsCTtHKan